Indonesia is the hospitality industry's next "China" - Insights

Indonesia is the hospitality industry’s next “China”

Right now, we are all still talking about the rapid growth of China and to a lesser extend India, Russia and Brazil under the collective banner of BRIC. Their evolution into capitalistic territories has presented countless lucrative prospects for hospitality organizations both big and small. But there should be a fifth name in this acronym which is often overshadowed despite what’s happening on the ground and despite it being the fourth most populous country in the world.

From what I’ve read recently, the archipelago nation of Indonesia has as many opportunities for the hotel industry as there are islands (and then some). Then factor in the astounding growth throughout the rest of Southeast Asia and it’s the equivalent of a total paradigm shift in global travel.

To help shed some light on the situation so that you can stay abreast of this trend – and so you comprehend any potential impacts on your business – I was eager to sit down with Maria Taylor, who was recruited as Regional Vice President of Southeast Asia for TravelClick back in January as part of the company’s long-term strategy to ramp up its Asian presence.

Ten years ago, this appointment wouldn’t lift a single eyebrow, but now this region is perhaps the most dynamic ‘theatre of war’ in the world for hospitality. Indonesia, and other nearby territories like Thailand, Vietnam and the Philippines, are shifting from third world to second and then to first so quickly that you simply must have at least a cursory understanding what’s going on.

Our interview started with Maria laying the groundwork for some of the idiosyncrasies of the country and how travel has already been affected. The first thing you should know is that Indonesia is bolstered by a diverse minerals and natural resources industry, helping transform the already thriving middle class into a full-fledged bourgeoisie with considerable travel influence. And as an island nation, that means lots of airlift (and far less rail, bus or car), both domestic to quiet vacation areas aside from the already well-known ones like Bali and internationally with second-tier cities like Surabaya and Bandung now handling similar traffic levels as Soekarno-Hatta International Airport in Jakarta.

With Indonesia leading the pack, growth in Southeast Asian travel easily trumps that of North America and Europe combined! And even more surprising to my ears was when Maria told me was that most of this travel is internal to the continent. For example, 80% of visitors to Singapore are from Asia, and that percent is rising year-over-year, with most neighbors following a similar pattern.

In many ways, the proliferation of the travel industry in Indonesia echoes that of China nearly two decades ago, with recently opened airlift to secondary markets paving the way for vast tourism expansions both in terms of number of incoming travelers and hotel development. However, a key difference is that while the archipelago has some 2,500 independent properties to serve domestic customers, it also already has its own major chains to almost exclusively cater to the same audience.

One of the main reasons why the multinational brands weren’t able to establish a foothold prior to these local chains firmly entrenching themselves is that there was, and still is, a profound technological barrier. Credit cards only have upwards of a 5% penetration of the total population, making for a monetary system that is incompatible with the standard global practices of these hotel conglomerates and most online travel agencies. Traveloka is the country’s dominant OTA with specific functionality to meet this local criteria of debit card-based transactions. Moreover, alternate lodging companies like Airbnb haven’t been able to build a following partially for this reason.

The other key barriers of entry for the multinational chains, OTAs and Airbnb pertain to the unique cultural differences in Indonesia. Firstly, most families, regardless of income, live in modest, multi-generational dwellings. So, unless grandma and grandpa agree to share their cozy bedroom with a random stranger, couch-surfing websites aren’t going to get many takers. Next, and circling back to the ‘modest’ adjective thrown in above, Indonesia is hardly a ‘five star’ market, with most of the domestic travelers preferring midscale accommodations and the luxury tier only slowly coming into its own.

Thirdly, as a nation late to the worldwide tech boom, it has in essence skipped the landline and desktop phases of this evolution, proceeding straight to mobile. Blackberries were the first devices to make an impact and now even the poorest person has a smartphone. In fact, an Indonesian is now more likely to get a second cell phone than to purchase a laptop computer. And this quality is having weird behavioral side effects, such as internet speeds trickling to a halt during popular soccer matches because all 250 million people are live-streaming the game and consumers not caring an iota about a website if it isn’t wholly mobile friendly.

Lastly, if you are to fully grasp what’s happening in Indonesia, you must be respectful of its Muslim traditions. At the very least, there are dietary concerns (Halal) and religious holidays to earmark. For instance, the nadir of the tourism season is during Ramadan, but then there is a huge spike in travel for the two weeks immediately thereafter.

To finish off our conversation, Maria touched on a few other destinations and some of their own particular travel trends. While there are still a few hurdles to jump, Cambodia has been receptive to the multinational chains with lots of new resort construction and hotel groundbreakings. Myanmar and Vietnam are following suit but trade and visa restrictions are dampening capitalism’s full onslaught in these territories. For the latter, online room sales still only account for 20% of total revenues, but this too is on the upswing. Finally, while tourism in Malaysia was badly hurt by the Malaysian Airlines tragedies a couple years ago because this was the country’s primary flight provider, recovery is well underway. Like Indonesia, Malaysia has lots of mineral wealth to act as a foundation for the economy, and it borders many other countries to make it a natural hub for travel.

After my delightful chat with Maria Taylor, I had to lean back in my chair to full digest some of the profound ideas she expressed. To me, I can’t help but liken the current Southeast Asian travel economy to the Wild West – there’s lots of development with no standard set in stone or clear direction as to what that standard will be. Oftentimes, the most fruitful innovation occurs on these frontiers and where the growth is. As Indonesia – and all of that part of the world – is in a full-on hospitality boom, so too must we all look in that direction to know where our industry lands.

Adam and Larry Mogelonsky
277 posts
http://www.hotelmogel.com
Together, Larry and Adam Mogelonsky represent one of the world’s most published writing teams in hospitality, with over a decade’s worth of material online. As the partners of Hotel Mogel Consulting Limited, a Toronto-based consulting practice, Larry focuses on asset management, sales and operations while Adam specializes in hotel technology and marketing. Their experience encompasses properties around the world, both branded and independent, and ranging from luxury and boutique to select-service. Their work includes six books “Are You an Ostrich or a Llama?” (2012), “Llamas Rule” (2013), “Hotel Llama” (2015), “The Llama is Inn” (2017), “The Hotel Mogel” (2018) and “More Hotel Mogel” (2020). You can reach Larry at [email protected] or Adam at [email protected] to discuss hotel business challenges or to book speaking engagements. The healing power of trust 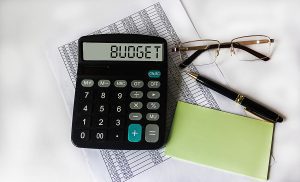