Worldhotels continues expansion and momentum in Europe and South America

Worldhotels has introduced 13 new affiliate hotels, seven in Europe and six from South America into its curated portfolio of approximately 450 hotels. Among the newest affiliates are hotels anchored in medieval cities, properties located a stone’s throw away from safeguarded national parks, hotels overlooking one of the largest lakes in Western Europe and even hotels in never-before-seen Worldhotelsdestinations. Each of the 13 newly introduced properties reflects Worldhotels’ commitment to bringing aboard hotels with a unique story to tell.

The latest seven European additions to Worldhotels, perfectly complement the company’s dedicated search to bringing aboard the most unconventional and independent of hotels. A strategic partnership with Elite World Hotels brings two new additions from Instanbul into the Worldhotels family: the Elite World Business Hotel as well as the Elite World Europe Hotel. Further new affiliates include Hotel Prealpina in Chexbres, Switzerland that faces the magnificent Lake Geneva and mirrors the Alps; Hotel de la Rose that is strategically located in the heart of the medieval city of Fribourg, Switzerland; the Bohinj Park Eco Hotel in Bohinjska, Slovenia, that sits on the edge of Triglav National Park; the Courthouse Hotel London, that once solemnly served as an official magistrate’s court; Hotel Christiania Teater in Oslo, Norway that features over a century’s worth of historical remnants in its walls, from being a cinema to a theatre.

“We are delighted to welcome these striking and unique additions into our group, and the fact that we added 13 new hotels within the first three months of 2016 alone is a testament to the growth and outlook of Worldhotels for the rest of the year”, says Geoff Andrew, Chief Operating Officer at Worldhotels. “We are constantly striving to develop our portfolio strategically in order to add more depth and range to our global network of hotels and reinforce destinations with high potential.” 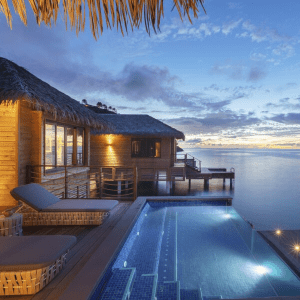