Hotel talent market: the impact of mergers and aquisitons - Insights

Hotel talent market: the impact of mergers and aquisitons

“I expect there are a lot of people out on the market at present?” I have been presented with this supposition on a large number of occasions this year, mostly by small to medium sized hotel groups who are hopeful that the consolidation currently underway in the sector equates to an abundance of laid off talent that they can snap up. The thinking goes that the M&A activity currently underway such as the Marriott/Starwood and Accor/FRHI deals will result in the exit of senior executives from these companies, thereby giving rise to an influx of highly experienced industry professionals into the global hospitality talent market.

Too soon to tell

My standard response up until now has been that it is too early to this prediction become reality. Completion of the Marriott/Starwood deal was slowed down by the Chinese. Marriott had sought to lock Starwood executives in until the end of 2016 with an attractive incentive for staying in place. Barring a handful of early departures from Starwood’s Development group to competitors, this strategy has been effective, although Marriott probably now wishes it had put it in place until mid-2017 at this rate.

At Fairmont Raffles, the top 5 most senior executives of the organisation were out of the door the day the Accor deal went through. The rest of the company’s leadership however are treading water as they wait to see what jobs they will be offered as Accor works through the integration process over the next few months.

The other big M&A deal of 2016 has been the HNA acquisition of Carlson Rezidor. There it is business as usual, although speculation as to what HNA may do next, for example with NH Hotels which it also owns or with the EMEA publicly listed arm Rezidor, hints that there may be eventual consolidation of talent there too.

My prediction is that we will not witness a flood of redundant hotel executives come onto the market in the remainder of 2016 but, as integrations advance and restrictions lift, in 2017 we could well see an increase in the number of highly experienced hoteliers looking for a new home. While some may move industry sector, especially those in disciplines such as marketing and human resources, the bulk may find that they are actively sought after by small or medium size hotel businesses who see an opportunity to recruit high grade talent which in the past they may not have been able to attract. This could be a win/win for both parties. A functional SVP from a large multinational such as Starwood may be enticed by the prospect at a smaller company of being qualified to enter the C-suite as COO, CFO, CCO, or even CEO. Likewise the new employer will recognize the value the executive brings through his/her knowledge and experience of how the ‘big boys’ do things.

Many seasoned executives will be attracted by an opportunity to downsize to a smaller business where they can have greater influence and participate in the growth story. One potential area of disconnect however may be around compensation. A typical senior executive at a group such as Starwood or FRHI is remunerated through the following package components: base salary, annual bonus, benefits such as pension and health insurance, plus a form of Long Term Incentive Plan (LTIP) such as stock options or restricted stock. The LTIP is intended to align the fortunes of the executive with those of the company and can act as reward for peak performance as well as an effective retention mechanism.

It is unlikely that a smaller business can compete effectively when it comes to the areas of fixed compensation such as base salary and benefits. In addition, moving to a smaller company may carry more risk for an executive used to working for a large well established multinational, for example, less capital, more prone to bankruptcy or acquisition, less stability. Smaller companies therefore need to compensate by getting creative with the variable components of reward such as bonus and incentive, by providing an opportunity for ‘upside’.

In my experience with small companies that are on an aggressive growth plan (think Generator Hostels, think Yotel) it is essential to offer the senior management ‘skin in the game’ in order to attract them. Ask an executive to come in and build, grow, a company they will be much less motivated to do so if it is ultimately only to line the owner’s pockets and not their own. Just because they are small, there is no reason why a small, private organization cannot employ a variety of long-term incentive programmes, whether actual or phantom equity, which reward the executive for the improved performance of the business as well as often paying out in the event of a transaction such as a sale of the business. Family business typically struggle with this as, understandably, they are loathe to relinquish equity to management and are often seeking to hold the business over generations. Private equity backed companies however are much more familiar with incentivising management through equity participation as they seek to make set returns within a defined time period.

So as 2017 unfolds, and the integrations that follow these mega deals begin to take effect, the landscape should provide good opportunities for both the highly talented, seasoned hotel executive, and the fast-growth small to medium sized business looking to strengthen its management bench, to find one another to each other’s benefit. The challenge will be finding at what price point a marriage between company and executive works. The executive will need to be prepared for less security through lower fixed compensation and higher upside potential through incentive, and the company will need to be prepared to offer a highly attractive package that truly aligns its strategic intentions with the earning potential of the individual.

Chris Mumford studied in England and began his professional life in Germany and Japan before entering the world of hotel recruitment. Following 3 years in New York, he returned to London in 2002 to set up the EMEA offices of HVS Executive Search. In 2013 Chris became a founding partner in AETHOS Consulting Group specialising in senior executive appointments, advising on compensation packages, and consulting on significant strategic organisational needs for players in the hospitality industry. A regular speaker on industry related issues, Chris is a frequent author of articles on executive selection, compensation trends, and general HR topics for a number of industry publications. A closer look at the Google Trips app 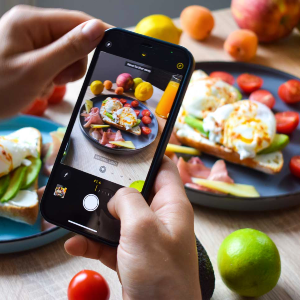