Hotel managers are always on the lookout for new ways to improve the guest experience, so it’s not surprising that green initiatives never rank too highly on a property’s list of priorities. But there’s more to it than a lack of interest – improving a hotel’s carbon footprint has never been a simple feat. There are simply so many areas dependent on a constant supply of energy in a hotel that the amount of micro-managing required to optimize usage can be daunting.

Energy has been a major issue for hotels. While cloud-based technology has revolutionized the way properties manage operations such as the front desk, housekeeping, distribution and even marketing, not a lot has been happening in the power department.

A number of properties did attempt to take some energy-saving initiatives by switching from conventional technology to modern devices. Replacing all incandescent bulbs with LED-based lighting and using energy-efficient public devices like vending machines have helped lower  carbon footprints to an extent.

While these devices do decrease energy demands, they have not had a significant impact on the establishment’s overall energy costs. Consider everyday scenarios that are common in almost every hotel today, such as guests forgetting to turn off the lights when leaving their room. Low-energy devices may consume less power, but the major factor driving electricity expenditure is the time period for which they are left on. Without an automated system capable of integrating to these devices, it would be close to impossible for managers to track unnecessary power usage.

Meeting a hotel’s energy demands is no simple feat and moreover, it’s a costly affair but now many properties are beginning to invest in renewable energy. Adopting renewable sources of energy is a great way for companies to exhibit their commitment to ensuring longevity for their environment, and themselves, in turn.

And it works. A number of major corporations today will actually enquire about the power consumption of a hotel before making a booking decision. “Technology companies want to know how much energy they use when they stay with us, and it does play a role in their decision,” according to Jerry Turner, Chief Engineer at the historic Palace Hotel in San Francisco.

While it may not be economically and physically viable for independent properties to build the necessary on-site infrastructure, they can still meet their energy needs with renewable energy. Renewable Energy Certificates (RECs) provide companies with the opportunity to minimize their carbon footprint by meeting more of their demands using clean energy. The RECs can be thought of as commodities that can be used to verify that the power consumed was generated from a renewable source – the validation of these certificates is usually carried out by an independent program.

A number of large, as well an independent hotels, have been using RECs to power their properties and the trend is gaining popularity.

The sheer number of electrical devices present in the establishment makes it close to impossible for a manager to monitor the power consumption of every one – hence, hotels often face massive energy bills even during off-season months. This problem is further compounded when it comes to occupied rooms – with no control over energy consumption once a guest has closed their door, hotels can’t do much more than hang placards advising guests to remain energy conscious.

Connected devices could turn out to be a game-changer in this area. Almost every electronic can be replaced with its ‘connected’ counterpart – from lighting to HVAC systems. With each of these devices being assigned an independent IP address, they will be capable of communicating and interacting with one another. A single device detecting any form of human interaction – or the lack of it – can immediately prompt a multitude of other devices into taking an action, triggering a preordained chain of events.

Guests exiting their room for instance, would activate the hallway lights and summon the elevator while also deactivating certain devices left on within the room, such as the television and the room lighting. Power outlets could also be preset with specific energy outputs as part of the room plan. Any additional power consumption beyond these predetermined parameters can then be included in the guest’s final bill. Not only does this gives hotels the upper hand when it come to controlling power usage in occupied rooms, it alerts guests to their extravagant energy consumption and gives them an incentive to better manage these critical resources.

The biggest problem managers have faced has been managing electricity in unoccupied rooms, but with connected devices soon to come to every hotel room, properties will be able to control their power usage effectively for the first time.

While power may have long been a major issue for properties, there are a number of other areas in a hotel where a higher level of efficiency is critical. Water management for instance – running taps, malfunctioning plumbing and leaks can all significantly contribute to a property’s carbon footprint. By taking initiatives such as installing dual-flush attachments and rain-water harvesting systems, managers can save this precious resource and lower their costs doing it.

Branding and packaging is another area where hotels can be more thrifty – using biodegradable or reusable shampoo and soap dispensers are eco-friendly alternatives to distributing individual sachets.

Recycling materials such as paper and aluminium can contribute to the bottom-line while decreasing wastage.

There was a time when organizations would take eco-friendly initiatives to improve their public image – consumers have always shown their preference for environment-friendly products. But today, going green is no longer about forging an emotional connection with the audience, it’s the only logical option left for companies that want to secure their long term interests. A checklist to turning the luxury hotel experience into online bookings 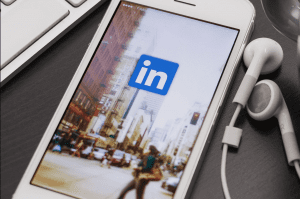 The 5 things to think of when investing in an RMS Relationship marketing: What is it and why is it important for hoteliers?