Since the days of the El Rancho’s Tommy Hull, Las Vegas has attracted entrepreneurs driven to build their dream hotels. Two of the biggest names in recent Las Vegas history are Kirk Kerkorian and Steve Wynn; both have left their mark on the “entertainment capital of the world”.

Born in 1917 in California to Armenian immigrants, Kerkorian’s early years included successful stints as an amateur boxer and as a pilot – both before and during the World War II – the latter of which would help build the foundation of his empire.

After the war ended, Kerkorian entered the business world (and Las Vegas) by way of aviation, running a small charter service that flew gamblers to Las Vegas. He eventually sold the airline in the late 60s for a substantial profit, having built the venture from a single Cessna to a fully-fledged passenger airline business. It was during this time, in 1962, that Kerkorian purchased the 32 hectares (80 acres) of land across from the Flamingo on which Caesars Palace would be built. While the land was owned by Kirk Kerkorian, the concept and design for this iconic venue were the work of entrepreneur Jay Sarno. With its Roman decor and toga-clad cocktail waitresses, it was the first themed hotel on the Strip, and Sarno would also leave a lasting mark on Las Vegas.

Kerkorian himself went on to build The International Hotel (at the time, the world’s largest hotel and Las Vegas’ first “megaresort”) and to purchase Caesars Palace’s neighbour, the Flamingo Hotel, as well as The Mirage and General Motors. It was his purchase in 1969 of the movie studio MGM, though, that inspired him to build the ill-fated MGM Grand, which caught fire in 1980 resulting in 87 deaths.

At the end of 2006, Kerkorian sold his General Motors shares. However, he continued to be the majority stakeholder in MGM Resorts International – which owns numerous hotels, including the Bellagio, the MGM Grand, the Mirage, the Luxor, Mandalay Bay and New York-New York – until 2009, when he lost his majority ownership following a major stock offering by MGM Mirage. 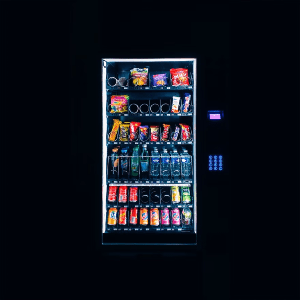