Grey Is the New Green in Hospitality: Rethinking the Baby Boomer

Much of the current discussion in hotelier circles pertains to the impact of technological changes on the modern consumer, and indeed I’m no exception. The image of the characteristically ideal ‘modern’ traveler evoked by managers and hospitality marketers such as myself is generally one of a guest between the ages of 20 and 60 who ‘gets it’; someone who intrinsically understands technology, using the power of electronic devices for research, deals and everything in between.

The point that we hospitality writers are trying to hammer home is that properties must adapt to meet the buoyant expectations of the laptop and smartphone generations. One of the primary intents is to provide hoteliers with a ‘digital age’ perspective on what these travelers look for in a property that merits their loyalty. I vehemently emphasize loyalty because it is much easier to keep a customer than it is to get a new one – doubly true given the manifold options a consumer has to find another suitable operator.

This is a long-term mindset, preparing you for the future of travel that will define the next few decades. In the short run, however, all this talk of technological evolution and modernization can naively overlook the glut of baby boomers, myself included, fast approaching the threshold retirement age of 65. People at or over this age currently represent roughly 13% of the US population, but by 2020, it’s estimated that this percentage will climb to between 16% and 19%. Japan, most of Europe and the rest of the developed world abide by this sexagenarian trend, although exact statistics vary nation by nation.

The idea of reaching the coveted age 65 is very different than what it was 10, 20 or 50 years ago, and baby boomers are hardly immune to most of the concurrent changes within the younger demographics. For starters, why 65?

This preconceived demarcation was largely established based on average life expectancies figures and the 20th century nine-to-five punch clock workplace model. The current lifespan estimate for a North American is roughly 78 years (75 for men, 81 for women), making 65 a fairly appropriate age to send a career worker out to pasture to enjoy their final decade or so in peace. I find this appraisal at 78 to be maligned for the incoming boomers as it is an extrapolation from older generations less enlightened towards the ways of healthier diets, consistent exercise and cigarette-free respiratory tracts in addition to the fruits of new life-enhancing pharmaceuticals and medical procedures. All fingers point to longer life expectancies.

Furthermore, the very definition of retirement has grown a newfound plasticity. People increasingly recognize that staying active through regular mental exertion is a foremost means to extend life. Thus, 65 is no longer the age when every person has to stop working altogether. Rather, many are transitioning into yet another chapter of their careers. The hours may be flexible and the checks may thin, but a job is nonetheless a daily regulator of health.

Perhaps Japan, the nation topping the worldwide life expectancy charts, provides more evidence of this. You could argue it’s their habitual diet supplemented by cleanly prepared carbs, fish (healthy omega-3 fatty acids) and ample green tea (antioxidants), but there’s something more. The traditional Japanese culture values their elderly to much larger degree than in European-born societies, bestowing the oldest family members as heads of the household and cherishing their sagacity with extended decision-making responsibilities. When the mind loses purpose, the body gives up, and members of the developed world are rapidly following the Japanese to avoid this mental stagnation precursor brought on by retirement.

Returning to the digital side of things, it would be unequivocally false to stereotype baby boomers as technophobes. Maybe they aren’t the early adopters and maybe text message shorthand isn’t second nature, but this doesn’t preclude them at all from owning smartphones or tablets, or being regular users of social media. Perhaps the only omnipresent distinction that can be made is that because this demographic existed before the outset of computers and the internet, more contemporary channels of communication aren’t top of mind. We’d rather phone a friend instead of text, email instead of message over Facebook or Twitter, although we’re still fully aware of the latter route in both cases.

So, what does this all mean? Yes, it’s an aging population, but the adage ‘You can’t teach an old dog new tricks’ should now only be attached to canine contexts. Boomers are not a generation that will fade quietly into the night. Many of us will continue the daily grind long past the 65 presumption. We are also hard at work adjusting to the conveniences and rapidity of a social media and internet-centric lifestyle.

On the marketing front, this means that our wages will still be a dominant force for the next decade. Some of us are retiring and looking to spend, others are still working (and possibly traveling for business) but nonetheless in need of some vacation time. Mobile, tablets, OTAs, social media – all trends that apply elsewhere also apply to us, albeit with less immediacy. So, in order to win our dollars, you must tactfully deliver the balance of both old-fashioned appeal with an experience aimed at those still young at heart. 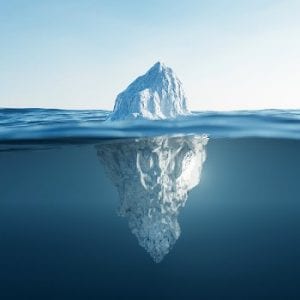