Mantra Group is closing the gap on gender inequality - Insights

Mantra Group is closing the gap on gender inequality, with its latest data showing the accommodation group sits well above the industry average for female employees and that an influx of women in management has boosted gender equality in senior roles.

Sixty one per cent of Mantra Group’s 4,500+ Australian team members are female Ð 9.2 per cent higher than the industry average, according to the latest data from the Workplace Gender Equality Agency (WGEA). Since launching its Women in Mantra initiative in 2014, which focuses on flexible working arrangements and the career development of female employees, Mantra Group has experienced an increase of women in management positions.

Across its Australian managed properties, women in department head positions have increased by 16 per cent while women in general manager positions have increased by two per cent. These results also coincide with greater gender diversity in the company’s Board of Directors, with the appointment of Liz Savage as an Independent Non-Executive Director.

Mantra Circle on Cavill General Manager Kyla Sippel, who has been with Mantra Group since 2009, said she relies on workplace flexibility to manage one of the group’s larger properties as well as raise a family.

ÒThe ongoing support I receive from my fellow managers and the broader team has allowed me to manage four different properties within the group, while also starting a family,Ó said Ms Sippel. ÒBeing appointed General Manager at Mantra Circle on Cavill was a dream job for me and making it to that point makes me so proud.

ÒMy advice for other women wanting to move into management positions is to be passionate about the role, honest about your expectations and seek a support network you know will work for you.Ó

An active participant in the Women in Mantra program, Ms Sippel wishes to continue her career development with Mantra Group and move into an area manager role where she will have the ability to guide and lead other general managers, both male and female. Ms Sippel will join 300 other Mantra Group recruiting managers nationally on March 8, International Women’s Day, for the company’s newest training program Ð Managing Unconscious Bias. The training program aims to highlight Mantra Group’s progressive goal of a diverse and inclusive workforce.

ÒWe’ve integrated comprehensive programs, such as the highly-successful Women in Mantra program and, more recently, Managing Unconscious Bias training, to address imbalances,Ó said Ms McGill. ÒNot only do women have the right to equal reward, status and access to opportunity, there is also clear commercial logic to fostering this talent for the benefit of our guests and our business.Ó 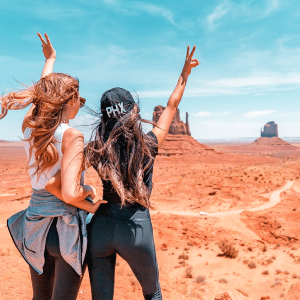