Following on its recent pop-up success at the Mandarin Oriental Tokyo, one of the world’s best restaurants, Noma, has announced it will relocate to Sydney for ten weeks from January 2016 to share the best of Australian produce as seen through the eyes of head chef, Rene Redzepi, and his team.

Noma will temporarily close in Copenhagen, Denmark to open its new waterfront home at Barangaroo on Sydney Harbour, as part of an collaboration with Tourism Australia and Lendlease.

“I have always been attracted to the incredible diversity you find in Australia’s landscapes and ingredients, because they are like no other place I’ve seen before,” said Redzepi. “Australia combines strong influences from its Indigenous people with new communities from around the world. When you mix it all together, the result is something truly inspiring. It really is the perfect place to come and learn.”

The Noma team will find the best of Australia’s produce to design an original menu, focusing on producers who have a respectful and passionate engagement with the sea and the land.

“We look forward to the new year and this new exploration. It will be a different journey, but one that I am incredibly excited about – the opportunity to broaden our horizons, to expand our minds and our tastes, to make new friends, and catch-up with old ones, as we delve into this magnificent landscape,” Redzepi added.

“A big part of Restaurant Australia has been about improving Australia’s perception as a food and wine destination. And, with one of the world’s top ranked restaurants about to open in Sydney, I’d say our country’s culinary standing has never been higher,” he said.

Gary Horwitz, Head of Retail at Lendlease said the partnership is testament to the vision that is being created for the waterfront dining precinct at Barangaroo: “When Lendlease was approached by the Noma team, we knew it was the perfect fit; Rene‘s strong affinity to sustainability is aligned with our aspirations for Barangaroo. We are delighted to partner with Noma and Tourism Australia to celebrate the best of Australian produce and enhance Barangaroo’s position on the global food map.”

Noma Australia will be located in the Anadara building at the Barangaroo precinct. The location was selected for its synergy to Noma in Copenhagen, which is also on the water and strongly connected to the sea.

As a vital part of Noma’s research in the lead up to the restaurant opening, Rene and his team have already embarked on several Australia-wide visits to meet with producers, local communities, farmers and chefs, and explore the diverse landscape and multi-faceted culture of the country. Tourism Australia is supporting these important research trips, and providing assistance with travel and marketing.

Noma Australia will launch in January 2016 and will open for lunch and dinner five days per week.

Bookings for the restaurant will open later this year. Further details about registering interest and bookings can be found at www.noma.dk/australia 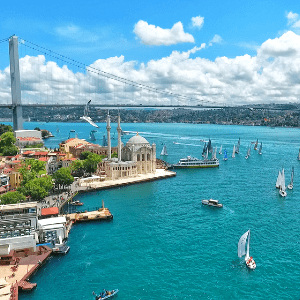