Can hotel terror attacks be prevented?

Over the last couple of years terrorism has become a very real and serious matter for the hotel industry.

Newspaper headlines like this are very common: 2003 Marriott Hotel bombing Jakarta; 2005 Amman bomb attack; Grand Hyatt Hotel, the Radisson SAS Hotel, and the Days Inn; 2008 Kabul Serena Hotel attack; 2008 Mumbai Oberoi and Taj Hotel; attack on a seaside resort hotel in Tunisia 2015; militants took 170 hostages and killed 20 of them in a mass shooting in Bamako 2015. They seem to have become the new normal. How does this affect the hotel general managers in their job?

One could reason that even the most experienced and professional hotel general manager will not be able to stop terrorism. That is correct, but what he/she can do is to make sure that the hotel is secure (prepared). We know that most branded hotels do have policies and procedures like a crisis management manual, lock down scenarios or crises response policies. But what would unfold in your property if you (GM) would right at this moment greet a repeat guest in the lobby and you suddenly hear from the upper floor…POP…POP…followed by people screaming help, help and again, POP…POP then silence?

This sequence probably lasts only three seconds. What do you, your guests , security team and hotel staff do? The clock is ticking…valuable seconds pass…when will people swing into action? Then once again POP, POP, POP…more screaming. And now its 5,5 seconds since the first ringing of gun fire.

Think about your property and consider, what would people do in this situation? Lets see how this looks like if we see it from the perspective of two hotels – Hotel A and Hotel B.

If you are heading Hotel A, you are less fortunate because you will experience something like this:

Hotel B is prepared, since the hotel general manager and his team did not only do their homework but also ensured that policies were in place, staff were kept updated on these policies and procedures to be followed in the event of a terror attack, and they had performed drills to ensure that the teams responded effectively.

The likely scenario of a hotel that is prepared for such an event could possibly go like this:

It would definitely be too naive to believe that the above scenario will  take place exactly in that fashion, since terror attacks have become very sophisticated and complex, but it shows the importance of being prepared. In light of global terrorism and growing number of hotel attacks, I think it is good to reflect and take some time to check procedures and measures to be taken. Simply ask yourself, how would your team respond if the above were to take place in your hotel right now.

Looking at it from the angle of a statistician, one probably would say that chances of this happening to your hotel are very remote, as STR Global suggest that there are about 156.000 hotels worldwide. Subsequently, the likelihood that your hotel will be hit is only 0.030325%, but if you are in the lobby now and you hear POP, POP, will you hope to be prepared or will you curse the statistics?

Christoph Voegeli, born in Klauserslautern, Germany, is a hospitality management veteran with over 25 years of experience and exposure including significant experience in guest speaking and lecturing.

Graduating from Hotelfachschule Sudliche Weinstrasse (Germany) in Hotel Management, he furthered his studies with RMIT- Melbourne earning an Executive MBA.

During his extensive career in hospitality, he has worked for international, regional and local companies across the globe in Europe, Asia and also on the sea.

His interest specializes in Sales and Marketing (including revenue and e-commerce), Leadership (including a cross-cultural perspective), Organization Restructuring/Transformation, and People Development. How the best hotels stay at the top of their game: little things make a big difference Don’t fall into the “build it and they will come” trap: case study 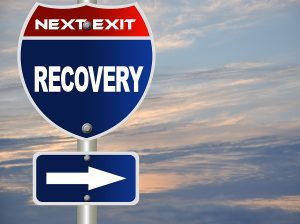