Loyalty programmes have long been a feature of the hotel sector, but little evidence has traditionally supported whether they represent an operationally and financially beneficial form of investment.

Yet a recent study by Dr Dan Wang of the School of Hotel and Tourism Management (SHTM) at The Hong Kong Polytechnic University and her co-researchers provides strong evidence that hotels are justified in making such investments and provides suggestions for how hotels can further capitalise on the benefits.

The researchers begin by highlighting the longevity of loyalty programme – they were introduced almost forty years ago with American Airlines’ “frequent guest” programme, and soon caught on in the hospitality sector.

Most hotels now have their own such programmes, which guests often expect, and they are considered a better means of building brand loyalty than other forms of marketing. Indeed, by 2015 the loyalty programmes of major hotel groups had more than 300 million members, although the researchers caution that the number of “real active members” was probably far lower.

It is not hard to see the potential benefits of loyalty programmes for hotels. For instance, by helping to build loyalty between the company and its most profitable customers, a programme can increase repeat business, and hence profits, while also reducing the need to attract new customers.

Loyal customers who have built what the researchers’ term an “emotional commitment” to the company are less likely to switch to another brand. Loyal customers are also more likely to perceive the company’s products and services as providing good value and so they are less sensitive to the company’s price premium. They are further likely to act as brand ambassadors by recommending the company through word of mouth, either through personal recommendations or via online review sites. Such recommendations, the researchers’ comment, are highly valued by hotel companies as they are known to be highly effective.

Nevertheless, loyalty programmes also bring challenges. They are, for instance, expensive to set up and maintain, and the profits they generate are hard to separate from those of other marketing efforts. The researchers note that it is also challenging for marketers to create and manage profitable loyalty programmes because there are high costs associated with adding value to customers’ experiences, especially given their widely differing needs and interests.

Overinvestment is thus an ongoing concern. The researchers warn that loyalty programmes also open up the possibility of “service encounter failures”, which can sour the relationship between a hotel company and its customers and thus damage its reputation. Another potentially negative effect is that “bystander customers” sometimes perceive “unfairness in comparison to target customers”, which could put them off the brand

Consequently, uncertainty remains over whether loyalty programmes actually have an overall positive effect on hotels and whether investing in them is really worthwhile. The researchers were motivated to study this issue given the “surprising contradiction” between the popularity of loyalty programmes and “the lagging number of active members”.

Hence, they set out to empirically test the impact of such programmes on the “key operational and financial indicators of hotel performance”. The researchers gathered information on the expenditures of 2,120 hotels on loyalty programmes and affiliation fees from the database of CBRE, a “leading hospitality consulting firm”.

They determined the scale of each hotel chain and hotel’s operational performance by recording the average room rate, occupancy rate and revenue per room. To take account of other “contextual factors” that could influence the impact of loyalty programmes and hotel performance, the researchers also collected information on a variety of other factors. For instance, they recorded hotel franchise expenses because franchising is an important contributor to the “overall revenues” of a hotel.

The experience and resources available from the franchisor increase operational efficiencies and thus provide added value for the hotel. Moreover, in today’s “world of technology”, the researchers argue, e-commerce is essential, and investing in the “e-footprint” of a hotel – the “design, delivery, fulfilment, communication, promotion and evaluation” of the hotel experience – can improve room revenue. Hence, they also considered e-commerce expenses.

Likewise, advertising and other forms of marketing, such as direct mail, signage and photography, are presumed to have positive effects on performance, so these data were included. The researchers then conducted a series of analyses that took account of these factors when assessing whether loyalty programme expenses had an effect on the hotels’ performance one year later, as measured by the revenue per room, the average daily room rate and the room occupancy rate.

The researchers found that hotels’ spending on loyalty programmes was associated with better performance, as measured by the average daily room rate, revenue per room and occupancy rate. Spending on loyalty programmes also paid off in terms of hotels’ overall gross operating profit. This is particularly interesting because it implies that loyal customers do not just increase room occupancy, but their spending on “food and beverage at the hotel, spas or other amenities” also contributes to better overall financial performance.

Even when factors such as the amount spent on e-commerce, advertising, marketing strategies and the size of the hotel and scale of the hotel chain were taken into account, spending on loyalty programmes still had the most positive effect on hotels’ operational and financial performance. In other words, loyalty programmes brought the greatest returns compared with investments in other forms of advertising and marketing, regardless of the type of hotel.

These findings, the researchers suggest, provide managers with “strong and scientific justification regarding the investment budget on loyalty programmes”. They imply that “among the major marketing initiatives in the hotel industry”, managers are justified in placing more emphasis on loyalty programmes because they bring the greatest returns.

The researchers also suggest that hoteliers could consider improving performance by “exploring synergies between the marketing initiatives” that were studied, to enhance the efficiency of resource allocation. For instance, they could consider integrating a “variety of distribution channels”, including websites and social media sites, into their loyalty programmes to improve the “positive impact of both e-commerce and loyalty programmes”.

As the proportion of active loyalty programme members was quite low, the benefits of the programmes could be further enhanced if hoteliers could find ways to “further engage” members. Overall, the researchers provide strong evidence for “the school of thought that advocates a hotel’s financial investment in loyalty programmes would eventually pay off”.

Yet they note that the overabundance of such programmes in the very competitive hotel marketplace has the potential to “make it harder for hotels to gain exclusive loyalty from programme members” in the future. More study, they say, is needed to determine just how significant that overabundance may be. 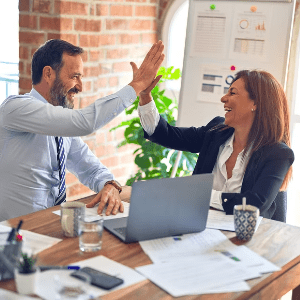 The importance of traveller-centricity in the new era of travel Centara to open 20 new hotels across Vietnam by 2024