In times of crisis, the role of leaders becomes very exposed. Many who would consider themselves leaders are found wanting. Being at the top or the figurehead of an organisation does not automatically make people in those roles leaders. Leadership is built on trust, and while trust is multi-dimensional, at it’s core it only exists when followers have trust in their leaders.

It could be argued that hospitality business leaders, because of the very business that they are in, have a head start over political or other business leaders. Why should being a hospitality leader make a difference? Because the values and behaviour of hospitality organisations are about being hospitable and caring for the well-being of their guests.

Arguments about the survival of the business in order to be able to be hospitable are obviously relevant, but in times of crisis, it is the core hospitable values of the business that should be to the fore. With governments implementing incredible measures to protect economies, businesses are being given routes to survival. Now is the time to consider how those businesses can reciprocate by supporting the very society and communities on which their business depends.

Why? Because it is both the right thing to do and public sentiment matters. Throughout Europe, the public reaction, response and support for health services and the vulnerable has been immense. The rituals of entire populations clapping in support of health workers is spreading as rapidly as the virus. Communities are acting as rapid response volunteers and finding ways to support the vulnerable by extending the values of hospitality.

Unfortunately within the UK hospitality industry, not all corporate reactions have reflected that public sentiment. Some of the major hotel groups including Travelodge, Premier Inn, Jury’s and Britannia Hotels have been reported as very suddenly closing their doors, citing government instructions, and effectively evicting guests with nowhere else to go. Careful reading of those instructions makes it very clear that the exemptions on hotel closures were the very people they were evicting – namely key workers, those being housed by local councils, health workers, trapped international visitors and, in some cases, their own staff.

Other very well known businesses such as Gordon Ramsay Restaurants and JD Wetherspoons have been laying off staff, despite a government scheme now in place to prevent such lay offs. The negative publicity of these and other examples will remain in the public memory long after the crisis is over. These examples are also exposing the major fault lines in the leadership of some hospitality businesses where corporate reaction to protect and support the asset, it’s owners and shareholders are overriding the core values of hospitality. Some companies will have now irreparably damaged their reputations through crass stupidity or meanness or both. Others, however, have shown real compassion.

As with most publicity, it is the negative that transcends the positive and there are very many positive examples of hospitality companies supporting and engaging with health workers and the vulnerable within their local communities. This includes establishing food banks, working with local volunteers and community groups or providing accommodation for health and key workers. All are examples of how being hospitable and offering the core values of hospitality are really making a difference.

Actions in a crisis are fashioned and determined by the moral compass and ethical behaviour of the leader. The negative examples of the way that businesses are behaving can only be a reflection of leadership. As Josh Hardy, deputy director-general of the Confederation of British Industry said, “the need for business heroes has rarely been greater”.

Investors in the future will take the lead from the very radical changes taking place in public priorities and new values. There is little public sympathy for organisations that are being seen as uncaring or not contributing to the public good. Those manufacturers that are now collaborating to make ventilators, those chemical and brewing companies that are making hand sanitisers, and the fashion houses that are making surgical masks have established moral leadership and commitment that will resonate with a very grateful public.

The experience of this international pandemic will change for good how we see ourselves and our priorities. Hospitality and tourism will be badly impacted in the short term, but it also has the opportunity to demonstrate how it can make a significant positive contribution throughout this crisis and beyond. Businesses are looking to governments to help support them in a wide variety of ways. Now is also the time when industry should be asking itself how it can help in this international crisis. These are the times when leadership really counts.

Peter Jones
Peter Jones
50 posts
https://ehotelier.com
Professor Peter Jones is the Dean of the eHotelier Academy. With a distinguished career in hospitality, education and training, Peter has been involved in national and international projects for clients involved in hospitality education. Peter holds the following directorships; The Edge Hotel School, Wivenhoe House Hotel and Hotel Future, he is a Visiting Professor at the University of Derby and the University of West London snd has recently been awarded a Doctor of Science (Hon DSc) from that university. He was made a Member of the Order of the British Empire for his services to the hospitality industry. 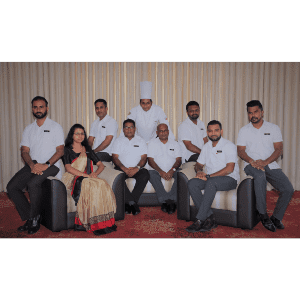 Coronavirus as seen through hotel reviews: What are your guests saying?
Menu