Matthew Quick has been appointed hotel manager at The Ritz-Carlton, South Beach, where he will oversee the re-opening and all resort operations at the newly renovated iconic oceanfront resort.

Quick comes south to Miami from Georgia, where he served as director of food and beverage at The Ritz-Carlton Reynolds, Lake Oconee, overseeing the resort’s seven outlets and banquet operations in 52,000- square-feet of meeting space. He originally joined the team there as executive assistant manager of rooms, where he oversaw all resort operations and was instrumental in the property’s winning of the coveted AAA Five-Diamond Award in 2015 and 2016.

Prior to his start with The Ritz-Carlton, Quick was the director of rooms at the Stowe Mountain Lodge in Vermont. He got his start in hospitality in 2002 at Paradise Point Resort & Spa in San Diego, California. There, he learned the ins and outs of the rooms division, serving first as assistant front office manager, then moving on to become housekeeping manager, director of housekeeping and laundry operations, rooms manager, front office manager and finally rooms division manager.

Quick has a bachelor’s degree in psychology and an associate’s degree in liberal arts. He has also been named a certified rooms division executive by the American Hotel & Lodging Educational Institute. In his free time, Quick enjoys scuba diving, hiking and weight training. He is also a certified bourbon steward and a foodie, with Mexican, Cuban and sushi as his favorites. 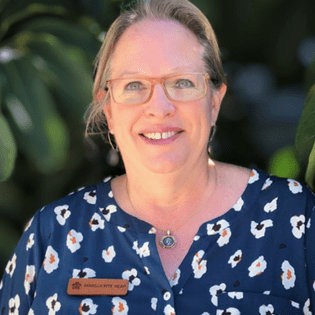