The legacy of Dr Ian Whyte will be forever woven into the culture of the International College of Hotel Management (ICHM), in particular through the catchphrase: network, network, network!

This is the view of ICHM Chief Executive Gerald Lipman, who went on to mention Ian’s drive for ‘quality in hospitality education and creating opportunities for every student wishing to succeed’.

Ian, who leaves ICHM as Principal on 30 June, introduced network, network, network! as far back as the first intake in 1993. The saying stuck, becoming a way of thinking and being for students and graduates.

Throughout his term as Principal, Ian navigated ICHM through some major academic transformations and continually burnished ICHM’s international reputation.

Among highlights: the introduction of the Bachelor Degree programs, with ICHM moving from the vocational to the higher education sector; the establishment of the Graduates in Industry International Advisory Committee (GIIAC), which provides ICHM with viewpoints on the latest in industry; and the launch of the Masters Degree, setting a new benchmark for hospitality education.

According to Lipman, ICHM has been fortunate to have Ian as ‘Founding Principal’ in 1992, and even more fortunate to woo him back to ICHM in 2011. ‘He set the benchmark for ICHM’s academic quality, industry focus, and student care.’

Derek Milligan says that Ian was on his original interview panel in 1993 and over the years has continued to challenge him as an educator and, now, manager.

‘ICHM is very student-centric, existing to educate managers of tomorrow and populate a global hospitality industry with graduates who appreciate the value and standards of their education.’

Lecturer Kevin McMahon’s first function at ICHM was to welcome the third intake of students on to campus and welcome back to campus students from the first intake returning from their first industry placement.

‘The thing that struck me most was how “invested” Ian was in each and every student, and how well he knew each of their stories.  I understood then that under Ian’s leadership we were going to create a strong unique culture in adult education that would be, and still is, envied.

‘As time has passed I have also seen and experienced the confidence Ian has fostered among staff to participate in making his visions reality, and the way he has trusted us to achieve this.’

Graduate Benjamin Krieg, General Manager, Novotel Bangkok Sukhumvit 20, and Area General Manager Thailand—Midscale and Economy Brands brands at AccorHotels, has known Ian for more than 20 years and says Ian’s contribution to students while at ICHM and, equally importantly, his support for them post-graduation is second-to-none.

‘Additionally, through the creation of GIIAC, his work with alumni and the ICHM education faculty Ian has ensured ICHM remains at the forefront of international hospitality institutions, and his contributions will be forever remembered and sorely missed. However, I am confident the foundations he has laid will continue long past his departure.

‘Above all else, I regard Ian as a mentor and friend and know he will always be there for me and for any other alumni that should ever ask. Again, above and beyond, but from Ian, I would never expect anything less.

‘Thank you and I wish you the best of luck for your next journey.’

Peer Norsell, General Manager, Hilton Adelaide says it has been an absolute pleasure working with Ian Whyte over the years.

‘You will rarely find someone as committed to his work and his students as Ian.

‘Hilton Adelaide has for a number of years been associated with ICHM and has assisted with work placements for many of its students over this time.

‘What has always amazed me was to see how Ian would always remember the names of both past and present students that had completed a placement with us.  Not only that, Ian would also remember the year students graduated and where in the world they were currently working.

‘Ian’s professionalism, passion and positive outlook will certainly be missed by many and I wish him all the best with his retirement.’

‘His gentle words of encouragement have inspired many students as well as faculty and we will be always grateful for his support.

His inspiration will last forever in our hearts. We love you, Dr Whyte!’

‘We are grateful for his professionalism and dedication, which have been a source of motivation driving us toward a high standard of program delivery and development.

‘Ian, thank you for your contribution, we will always welcome you to Kuala Lumpur. All the best! Discounting is for dummies Ð Part one Covid Crisis for Hotels – How to plan forward Hotel management in the age of COVID-19 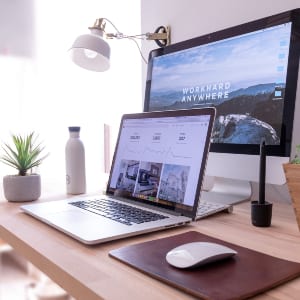