“In addition to its international appeal and unique style, the Bürgenstock Resort has strikingly authentic restaurants”, said Gault&Millau’s Editor-in-Chief for Switzerland Urs Heller. “This year, the jury deliberations were brief. It quickly became clear that Bürgenstock Resort would be Switzerland’s “Hotel of the Year 2019,” explained Mr. Heller.

The resort’s eight restaurants serve Swiss, French, Chinese, Japanese, Indian, Thai, Lebanese and Persian cuisines. The RitzCoffier at the Palace Hotel pays tribute to Auguste Escoffier and César Ritz. The world’s first celebrity chef and its first luxury hotelier, for whom the restaurant is named, met in Lucerne. The 12 chefs from China, India, Japan and Thailand cook up authentic Asian specialties at Spices Kitchen & Terrace. The focus at Shaq Oriental is on the Middle Eastern cuisines of Lebanon and Persia. Chefs at the Oak Grill & Pool Patio restaurant prepare specialties on a huge oak grill, including fish from the lake and vegetables and meat from local producers.

“One year ago, workers were applying the finishing touches here at the Bürgenstock Resort and today we are standing at a booming resort with global appeal. The distinction as Switzerland’s ‘Hotel of the Year 2019’ is highly gratifying for all those who have poured so much into this project for the past nine years”, said Bruno H. Schöpfer, Managing Director of the Bürgenstock Selection.

“In only our first year, we have made the leap to the Gault&Millau guide with four restaurants and a total of 58 points. This is entirely in keeping with our aim of exceeding the expectations of our guests, not only in terms of hotel accommodation, but in culinary offerings as well”, explained Robert P. Herr, General Manager of the Bürgenstock Resort Lake Lucerne.

For Culinary Director Mike Wehrle, one thing is clear: “Earning 58 Gault&Millau points almost right from the opening proves that our culinary strategy is on target. At our eight restaurants, we are focused on authentic cuisine and the highest quality; we use regional ingredients whenever possible and rely on exceptional talent”, said Chef Wehrle.

The ‘Hotel of the Year 2019’ award was presented on August 27th during a ceremony at the Bürgenstock Resort by Mr Heller of Gault&Millau and Sascha Moeri, the CEO of the title sponsor, Carl F. Bucherer. Later, guests enjoyed delicious Asian cuisine at Spices Kitchen & Terrace, as well as the unparalleled views over Lake Lucerne.

Tags: Bürgenstock Resort Lake Lucerne, Gault&Millau
eHotelier Editor
3637 posts
Submit your articles for consideration by our editorial team through the "Submit an Article" menu option. Grow your business today through promotion to over 200,000 industry leaders globally. 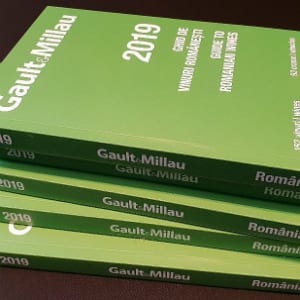 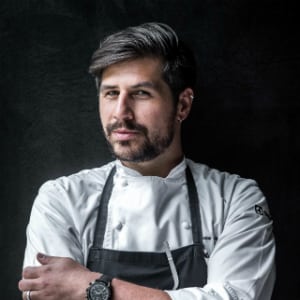 From Parramatta to Paris: The making of a top chef