With an Asia Pacific system of more than 173,000 rooms and 86 openings this year, Wyndham is bringing world-class hospitality and innovative new brands to the area while driving net rooms growth in a key region of the world. All of the brands in the Company’s portfolio, from Ramada to Days Inn to Super 8, are now endorsed by the “by Wyndham” suffix – a significant step forward in Wyndham Hotels’ global branding strategy.

In Greater China, Wyndham Hotels is the largest international franchisor, with more than 1,500 properties and 149,000 rooms in its franchised system. Based on current trends, Wyndham expects to open about 500 hotels in China over the next three years.

Leo Liu, president of Wyndham Hotels & Resorts, Greater China, said: “We have sustained our strong growth momentum and delivered robust hotel opening and net rooms growth figures in China. Working closely with owners and developers in the region, we are striving to further expand our presence across Greater China, especially in Hong Kong and in the northern and southwestern parts of China, where there are rapid growth and strong potential for further expansion of our footprint.”

Wyndham has been delivering significant progress against its growth objectives in China this year. In January, the 432-room Ramada® by Wyndham Hong Kong Harbour View opened, marking Ramada’s official return to the Hong Kong market. This was followed in May by the opening of the Ramada by Wyndham Hong Kong Grand View, with 317 rooms and a signature rooftop swimming pool. And, after reacquiring exclusive direct franchising rights for the Days Inn® brand in China in 2018, Wyndham has opened seven new Days Inn by Wyndham properties this year, from Chongqing to Guangzhou to Changsha.

Wyndham is also growing rapidly in Southeast Asia and the Pacific Rim region, which expanded by 22% year-over-year through the second quarter and includes more than 24,000 rooms.

“This is a hugely exciting region, where dynamic economies, rising affluence, and strong intra-regional travel is creating exceptional conditions for growth. These trends give Wyndham plenty of scope for expansion, both in established and emerging markets,” said Joon Aun Ooi, president and managing director of Wyndham Hotels & Resorts, SEAPR.  “We look forward to building strong partnerships with owners and developers across the region and introducing even more guests to our collection of innovative brands.”

So far this year, Wyndham Hotels has announced several notable market entries and expansions in Southeast Asia and the Pacific Rim region:

All Wyndham Hotels & Resorts’ properties in Asia Pacific participate in Wyndham Rewards, the Company’s award-winning loyalty program, giving more than 77 million members globally a generous points-earning and redemption structure. This year the program became even more rewarding, with a wide array of convenient new features – from free nights at thousands of hotels starting at just 7,500 points (half their original redemption cost), to the addition of more than 900 La Quinta hotels, to the ability to earn and redeem points with a host of new and expanded partners. 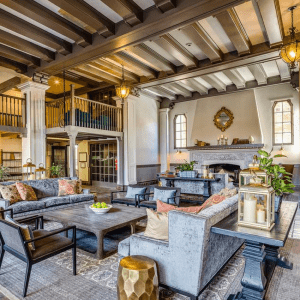 End of the road for bathroom miniatures