The Rydges Palmerston Darwin, one of the Northern Territory’s largest hotels and widely considered one of its best, has been listed for sale by prominent Territory businessman John ‘Foxy’ Robinson.

The 4.5-star, 200-room hotel is being offered for sale for the first time since it opened in 2015, with CBRE Hotels’ National Director Wayne Bunz and Associate Director Hayley Manvell appointed to manage an International Expressions of Interest campaign closing on September 22.

Across 135 hotel rooms and 65 one- and two-bedroom apartments, Rydges Palmerston offers a mix of 229 beds and features a 24-hour reception, six large event and conference spaces, a restaurant and bar, pool, gym and 251 car parks.

“This is a high-yielding investment opportunity backed by proven historical financials, with the hotel consistently trading at near 100% occupancy levels and achieving a net profit of $7.2m in the past financial year,” Mr Bunz said.

“The hotel is currently operated with the benefit of a franchise agreement to Rydges Hotels & Resorts, however an incoming purchaser has the flexibility to exercise vacant possession at their discretion, opening up the opportunity to rebrand or own and operate the asset.”

Darwin is a globally-significant LNG service and supply hub, home to the Darwin LNG and Ichthys LNG projects with a combined annual production capacity of 12.6m tonnes.

The region is the subject of a ~$50bn private and public infrastructure pipeline, headlined by the $35bn Sun Cable solar energy site backed by Australian billionaires Andrew Forrest and Mike Cannon-Brookes, the $1.5bn HyperOne high speed network and the expansion of the INPEX Ichthys LNG onshore facilities.

“The hotel benefits from a diverse and growing demand base, with limited local competing accommodation,” Mr Bunz added.

“The project pipeline will put Darwin on the global stage and attract a substantial influx of transient workers seeking high-quality short-term accommodation, meaning the long-term guest base for this asset is secure.” CBRE Group, Inc. (NYSE:CBRE), a Fortune 500 and S&P 500 company headquartered in Dallas, is the world’s largest commercial real estate services and investment firm (based on 2021 revenue). The company has more than 105,000 employees (excluding Turn… 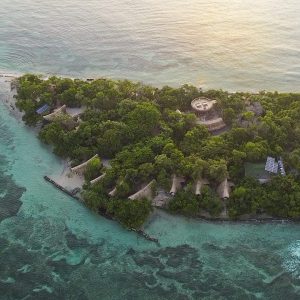 Corona announces its own island resort in South America