Most people in the travel business, and many outside it, are familiar with three primary models of hotel operations – owned, managed, and franchised.  In Asia, the first two models have ruled the roost for several decades.  Most established brands in this part of the world either own the hotels that they operate or have a management contract with the owner.

The third model – franchising – is fast gaining in popularity over recent years, for many reasons.  In the US and Europe, most branded hotels operate under a franchise agreement, leaving the brands to focus on marketing, distribution, and development. This model gives the owners direct control over the operations of the hotel while enjoying the support and recall factor of a known brand.  However, it is contingent on the ownership possessing the requisite skillsets to operate the hotel themselves.

Another model that has been prevalent in more developed markets for several years is of third-party management.  To put it simply, this is a hybrid version of the management contract and franchising models.  An owner might want to be more involved in his asset but lack the skills, team, or inclination to operate the hotel themselves. At the same time, they recognise the benefits of having an established name on their hotel.  Enter the third-party operator, who will sign a management contract and may also help negotiate a franchising arrangement with a brand.  Thus forms a three-way partnership between the owner, operator, and brand.

In the US, most franchised hotels in the midscale segment and upwards are, in fact, third-party managed.  Aimbridge Hospitality, for instance, manages over 1,500 hotels in the US. Highgate alone operates nearly 10% of the total market in Manhattan. HHM has a portfolio of over 135 hotels, all third-party managed independent and branded hotels. These indicate the sheer size and potential of this model.

While popular in the Western world, the third-party management model has only recently started gaining ground in maturing markets.  Here is some food for thought for a hotel owner.

Hotel companies see a management contract as a long-term strategy and, therefore, ask for longer durations with strict termination clauses to protect their interests.  While this might work for some owners, others might be averse to committing upfront for several years. A third-party operator is more likely to be amenable to a shorter contract period with flexible terms.

For instance, it might be possible to sign a third-party management contract for, say, ten years while brands would ask for at least twice that duration or more. It is easier to sell a hotel asset unencumbered with a brand and contract, thereby increasing its market value and eliciting more responses.  At the end of the day, it all depends on the long-term goals of the owner.

Efficiency of a management contract with lower costs

Hotel companies can have costs towards corporate-level initiatives, improvements in brand standards, and so on, from time to time. These are implemented by the brand uniformly across its portfolio and, in most cases, the owner does not have a choice in the matter.  With a third-party operator, there is room for a more direct dialogue between the owner and operator about what is really important and necessary for that asset.  The owner and operator can, in many cases, choose which of the franchised brand programmes and initiatives they want to participate in. This can have a direct and significant impact on a hotel’s bottom line.

While considering an asset to sign up, hotel companies have very specific standards for each brand within their portfolio. For pre-existing or “brownfield” assets, this might lead to additional project costs to become compliant with these standards.  In some cases, compliance might simply not be possible due to structural limitations.  On the other hand, a third-party operator is usually more flexible on this front, assessing each hotel rather as an individual asset than through the lens of a common brand standard.  Similarly, hotel companies tend to be more open to a franchise arrangement than a management contract with a less-than-fully-brand-compliant asset; assuming, of course, that the bare minimum standards and FLS (fire and life safety) norms are met.

More attention and a hands-on approach

Since, in most cases, the third-party operator is based within the same region, there is a direct line of oversight between the head office and hotel.  A smaller team structure and fewer levels of hierarchy mean that performance analyses and strategic decisions are taken by the most experienced professionals in the team and not solely dependent on the unit head.  The collective experience of the team is available for the benefit of the hotel. Also, being of local origin, a third-party operator can have a better understanding of the market.

A hotel company typically has priorities aligned with its own corporate strategies and shareholder interests.  The priorities of an owner might sometimes end up getting pushed down the list. A third-party operator, being a smaller entity than a global brand and in direct contact with an owner, is more likely to be aligned with their interests. This is a critical factor in the selection of an operator by the hotel owner.

Third-party operators are likely to be working/have worked with multiple brands and so, tend to be more aware of market dynamics. They have exposure to best practices from different companies and thus, can be more effective in a competitive environment.

Hotel companies receptive to the model

International hotel companies are today far more open to franchising their brands than ever before.  They recognise that this is an effective way to quickly increase their footprint in a region.  Marriott, Hilton, Accor, and Hyatt are now more willing to consider franchise agreements, especially for their budget and midscale brands.  Wyndham Hotels and Resorts, the largest franchised portfolio of hotels in the world, is very bullish about its growth in this part of the world. If there is an experienced third-party operator to run these assets, it would no doubt give them an additional sense of comfort.

On the flip side, though, a hotel owner will have to pay the third-party operator as well as franchising fees to the brand.  This might increase their total payout by around 250 basis points vis-à-vis a conventional management contract.  However, an experienced operator should be able to mitigate this through diligent expense management so that there is no impact on the bottom line.

Another route to consider for an owner could be to hire a strong Asset Manager to oversee hotel performance.  An Asset Manager can make the difference between a hotel that is a success or not, by closely monitoring key performance metrics and contributing to its long-term strategies. In a branded hotel on a management contract, an Asset Manager can work as a bridge between the operator and owner to communicate expectations, control under-performance, and align goals.

While the points listed above might help an owner make an informed decision, the most crucial step is the assessment and selection of a partner. There are several companies in the market to pick from among hotel brands, but very few credible and established third-party operators and asset managers. An owner must be thorough and objective while screening options.  This selection will lead to the start of a long partnership so due diligence is critical to ensure its success.

For more information, please write to siddharth@hotelivate.com  Hotelivate has offered Asset Management services for over a decade now to many of the leading hotels in the region and overseas.  We see this, and third-party management, as growing needs of the industry in the future. 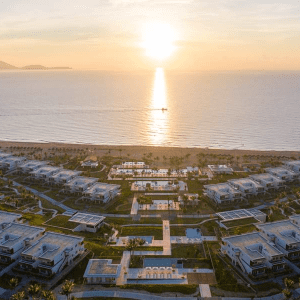 Reopening? How to make your project successful