Are you aware of the security risks hotels will face in 2015? Are you confident your hotel is able to meet current risks and challenges? Or are you unprepared and just hoping for the best – hoping no incidents occur that could harm the hotel brand and mean loss of business?

Forecasting the future is risky, but hotels that fail to look forward will almost certainly be left behind in an increasingly competitive, globalized world. To help hotels prepare to meet current and future risks, Sky Touch has developed a Hotel Security Radar that monitors global hotel security issues and tracks changes of critical points the industry is facing worldwide. The radar shows the latest threats hotels are currently experiencing and their intensity based on incident reports from the last years and the analysis of up-to-date data from trustworthy sources. The radar is updated periodically as trends and crime patterns are analyzed. It is a helpful resource for hotel management when developing or reviewing security plans and providing security training for staff.

The Hotel Security Radar identifies a number of real risks for hotels in 2015. Here are the top five:

Protecting our own identity is more at risk this year than ever before. Credit card fraud is the biggest threat we are currently facing. Criminals from all over the worldwide try to hack into hotel networks in an attempt to steal guest identities, including credit card  details. They are not just targeting one individual, but thousands of cardholders at the same time. Identity theft and credit card fraud is the new form of pick pocketing, but on a much larger scale. The number of compromised credit cards is expected to increase this year.

Cyber-crime shows up on the security radar as the second highest risk the hotel industry is exposed to. Hotels have to deal constantly with social engineering attacks such as phishing and now also with APT’s (Advanced Persistent Threats). Worldwide, APTS are considered the most dangerous type of cyber-attack as they simply bypass the defenses that are in place. This applies to the hotel network, but also to the guest WIFI. Hotel WIFI-networks are notorious for their lack of security and therefore provide an open door for hackers and puts data from guests at a high risk.

That this is a serious problem is shown by the fact that the insurance industry is now offering the first cyber-crime insurance deals. Barely a day goes by without some form of data breach being reported in the media. For example, a survey released mid 2013 by McAfee found 45% of the surveyed small to medium size business had been the target of an electronic attack. This is now potentially one of the biggest threat your hotel faces.

3. Longer or no security audit cycles

The hotel industry is growing very fast and every day a new hotel opens somewhere in the world. Nearly 1.26 million hotels worldwide are dealing with all sorts of safety & security issues. Hotels that belong to a chain or group require more physical audits in security then privately owned hotels in order to be compliant with group standards. Along with the huge number of hotels built in the last year, the number of auditors has not increased proportionally in every key market. The gap between the low number of qualified security auditors worldwide and new hotels built is getting bigger and bigger. This will result in complications in the future and a higher risk for hotels. The gap also leads to an increase in audit costs. The industry can expect that audits will be more expensive or be of a lower quality. The industry deals with the issue in different ways already. Some hotels are stretching the frequency between security audits, while others skip audit cycles completely to save money. Both trends lead to a higher risk to investors and hotel guests.

Some hotel companies have started to implement a self-audit approach using qualified key people in the hotel to maintain security standards. Innovative “Do-it yourself” audit packages are already available on the market. We believe this is the best solution to build on.

4. Physical crime will remain an issue for hotels in 2015

Of course crime differs from country to country. However, on a global scale a general increase has been recognized by the authorities and security experts. Physical crime ranges from professional burglaries using nifty social engineering techniques to temporary drug laps in hotel rooms. It can be expected that in 2015 guests will be victims of organized crime and we highly recommend reviewing security awareness programs. Holdups at night involving firearms have increased since hotels are easily accessible and less protected compared to other industries operating at night. With the increase of drugs and the economic downturn, an increase in this type of crime can be expected.

Terrorism, including the firing of weapons and disregard of human life, presents a major threat to global security. We need to accept that incidents can happen at anytime, anywhere in the world and no one is able to predict where the next attack will take place. Unfortunately, hotels along with restaurants, theme parks, cruise ships, tourist attractions and public transportation are classified as high risk and soft targets. We learned recently here in Australia that ranking very low in the Global Terrorism Index from 2014 is not a guarantee of safety.

Terrorist activities are at a historical peak and continue to increase. The Middle East and South Asia are identified as the two regions where the risk of terrorism is greatest.

5. Loss of competitive advantage after a major security incident

It is understandable that when there are no incidents over a period of time a certain degree of complacency sets in. Complacency itself is an actual risk for the business, for guests and staff. The recovery costs after a security incident, including the attention of the media, are often much higher than the investment in security and risk management.

The worst-case scenario after a major security incident is obviously the loss of business when the property shuts temporarily for the investigation and or repair. The competition will pick up your business and benefit from it while your fix costs are still running. Along with the actual damage, questions are often raised whether management could have done more to mitigate the risk level. When security plans and business continuity plans are well maintained, the likelihood of recovery is higher. Reputation is a vital yet fragile advantage that requires its very own security plan in a strong competitive market where guests nowadays love to make their booking decisions with the help of online travel review sites such as Tripadvisor & Co.

Further risks are identified by the Hotel Security Radar at this link. http://www.skytouchconsulting.com.au/security-radar/

He graduated in 2002 as a Hotel Management Consultant at the Steigenberger Hotel Management School. He gained valuable experience as a Cost Controller at the Sheraton Hotel & Towers at Frankfurt Airport. He worked three years in Ireland where he built on his experience as a former volunteer fire officer and became a qualified IOSH Health & Safety Officer. He effectively combined the field of Health & Safety with his Assistant Manager positions.

Stefan now consults to hotels to implement innovative and affordable strategies to raise their level of security to meet growing global demands.

Stefan Vito Hiller
Stefan Vito Hiller
38 posts
http://www.hotelsecuritydesign.com
Stefan Vito Hiller is an independent Global Risk Consultant and Hotel Security Expert. He has over 27 years of international experience in the hotel and security industry. He has worked for leading hotel brands, around the world. He graduated in 2002 as a Hotel Management Consultant at the Steigenberger Hotel Management School. Today, Stefan consults hotels and implements innovative and affordable strategies to raise their level of security to meet growing global demands. He has invested significant time studying hotel security best practices around the globe, evaluating their efficiency. He is specialised in covert audits and consults architects and hotel developers on how to design safer hotels. He is specialised in C.P.T.E.D, Crime Prevention Through Environmental Design. With his extensive experience in the hotel security field, he has developed a new Online Hotel Security Awareness Course for the Ehotelier Academy. He became an expert in dealing with Threat Condition Policies on a global scale. Read here more -> https://www.hotelsecuritydesign.com/team/ 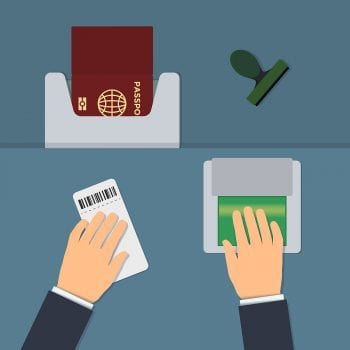 Top tips on how to avoid pink slips
Menu