According to the latest published Construction Pipeline Trend Report for the Middle East, analysts at Lodging Econometrics (LE) state at the end of the third quarter of 2020, the hotel construction pipeline in the Middle East declined again to 579 projects/168,042 rooms.

The Middle East’s pipeline is down 7% by projects and 6% by rooms year-over-year (YOY). This is the fifth consecutive quarter the pipeline has declined since reaching its cyclical peak by projects in Q2 2019.

Projects currently under construction stand at 359 projects/117,274 rooms, down slightly from the peak projects and rooms count set in Q2 ‘20. Projects scheduled to start construction in the next 12 months are down 41% by projects and 37% by rooms YOY to end the third quarter at 85 projects/20,753 rooms. Projects in the early planning stage are at 135 projects/30,015 rooms. Additionally, in the third quarter, the Middle East opened only 10 new hotels accounting for 1,779 rooms.

Forty-six percent of the projects in the pipeine in the Middle East belong to these leading franchise companies at the end of the third quarter: Hilton Worldwide with 95 projects/26,559 rooms, followed by Marriott International with 90 projects having 23,808 rooms. Next is Accor with 82 projects/24,724 rooms.

The leading brands in the pipeline for these companies are Hilton’s DoubleTree with 25 projects/6,181 rooms, and Hilton Garden Inn, at an all-time high, with 22 projects/6,960 rooms; Marriott’s Courtyard with 21 projects/4,382 rooms and Residence Inn with a continued all-time high of 17 projects accounting for 2,057 rooms; Accor’s Ibis brands with 13 projects/4,474 rooms, Moevenpick with 11 projects/2,833 rooms and Adagio City Aparthotel with 11 projects/2,288 rooms. 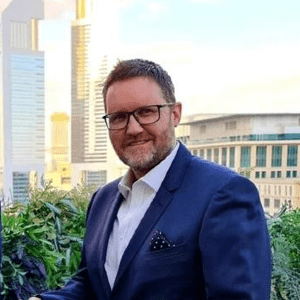 China’s hotel construction pipeline at the end of 2020