The heritage façade of one of Sydney’s most recognisable buildings, Porter House, will become the gateway to the city’s sleekest new boutique hotel when The Porter House Hotel – MGallery opens in July.

Located on Castlereagh Street, the $94 million luxury hotel occupies the first 10 floors of a 36-storey mixed-use tower within the re-imagined $184 million Porter House precinct. Some 131 residential apartments (with their own private entry via Bathurst Street) sit above the new signature MGallery hotel, while a multi-level food and bar destination has been created within the restored 1870s heritage-listed building itself.

The hotel’s General Manager Joleen Hurst says, “Emanating an effortless duality, the redeveloped Porter House precinct plays with the concept of intriguing contrasts. By placing two extraordinary buildings together, we have created something remarkably original that we hope local, interstate and international guests will be fascinated by.”

A stylish, urban sanctuary in every way, The Porter House Hotel – MGallery is designed by award-winning architect Angelo Candelapas of Candelapas Associates. The ultra-modern tower has been built around the heritage-listed Porter House on two sides (and if you look up, sits above the building too), for a look that is different but never disconnected. Instead, the new-build hotel pays homage to The Porter House’s history and Sydney’s bustling Victorian commercial era – albeit in a current way – with a modern take on old designs such as contemporary curved windows that reference the original building’s iconic brick archways.

Notably, a new walkway has been constructed between the two buildings linking The Porter House with the hotel next door – a literal bridge between old and new.  Glass balustrades and rails have been employed to open the view from the bridge to contrasting scenes on each side – one side highlighting the present-day appeal of MGallery, the other celebrating the character and original 1870’s brick walls of Porter House itself.

A striking, 335 sqm abstract mural by renowned artist, Maria Fernanda Cardosa was commissioned for the exterior wall of the new tower and is believed to be the largest public artwork by an Australian artist in Sydney’s CBD.  Titled ‘Ripples and Droplets’ the edgy artwork reaches eleven storeys and was designed by Maria in collaboration with head architect, Angelo Candelapas, utilising arches, circles and colours to complement the design of the building,

Echoing its exterior, the hotel’s interior colour palette is dominated by dusty pinks and mushroom grey tones alongside natural textures for a warm yet modern feel. Hardwood flooring underfoot and elegant fixtures in gold and brass provide an opulent touch.  Other interior design elements pay homage to Porter House’s history too – not least of all its tobacco and leather merchant days – with accents of leather, pressed tin and other textures throughout.

Soft curves, arches and circles remain an enduring interior theme, with windows distinctly curved, as is the supple leather bedhead in guest rooms. Ceiling-fixed bed lamps are playfully mismatched (one vintage, one more modern) while soft-lit oval mirrors and round basins take centre stage against pink and grey marble tiling in the hotel’s bathrooms. As a subtle sensory extra, MGallery has created a bespoke candle fragrance, capturing the essence of Porter House with nostalgic scents of leather, smoke and floral bouquets.

The Porter House Hotel – MGallery offers a choice of 122 guest rooms and suites. Designed for up to two guests, each Classic and Superior room (28sqm) comes with a king bed and a large 65cm television. Junior Suites (48 sqm) – of which there are four – offer additional room to accommodate up to three guests, with a separate king bedroom and living space, in addition to a generously sized wardrobe and bathroom. All suites face Castlereagh Street, some with green glimpses across to Sydney’s leafy Hyde Park which is an easy walk from the hotel.

Suites also offer additional luxuries such as complimentary Appelles amenities, a clothes steamer and hair straightener.  A free-standing bath with a mirror screen television positioned above is another highlight. For larger groups staying together the hotel offers six interconnecting rooms, six disability rooms and one pet-friendly room.

All hotel guests have access to a well-appointed fitness centre and 12.5sqm heated pool located on level 11 of the hotel, perfect for leisurely laps or a mindful break surrounded by a rooftop garden and blue skies. The Porter House Hotel – MGallery is also the only hotel in Australia to offer Digit Valet – a walking, talking iPad concierge to effectively help walk you through the hotel and Porter House venues.

The contemporary hotel plays a sophisticated supporting act to the heritage-listed Porter House itself, which has been transformed to become a standalone hospitality precinct. Three different food and beverage venues now sit across four redeveloped levels within the original building.

Lose yourself in the beautiful buzz of Henry’s Bread and Wine, welcoming guests on the ground level, seven days a week. Fresh bunches of blooms crafted by an in-house florist fill one of the walls of Henry’s, competing with the fresh aroma of coffee served early each day. Henry’s all-day menu balances takeaway breakfast and lunch items such as a wagyu pastrami Reuben or smoked Blue Eye travella bagel.

The Porter House Hotel – MGallery opens in JulyIn the afternoon, guests can perch at the central bar to enjoy a glass of Champagne or select from the four-metre (predominantly Australian) wine wall on display.

Rich in warmth and character, Dixson & Sons, named after The Porter House’s founding merchant family, occupies the first floor of the building. With a footprint of almost 200sqm and seating for 90, this generously proportioned restaurant includes two semi-private dining spaces, banquettes and intimate tables for two as well as a six-metre bar positioned in the middle of the venue. The Porter House’s Executive Chef Emrys Jones has created a menu that champions New South Wales produce.

Head to the top level of The Porter House to discover Spice Trader cocktail bar and be transported to all corners of the world, one sip at a time.  Due to open later (Spring 2022), this 225sqm venue features an abundance of natural light thanks to glass panels lining more than half the roof. The 16m sage marble bar may try and take centre stage but it is the collection of cocktails that will triumph.

Between Dixson & Sons on level one and Spice Trader at the top of the building, there are floors dedicated to function spaces and private dining.  While level two offers multiple break-out rooms for meetings, level three dedicates the whole floor to private dining rooms (PDR). There are four PDRs on this floor; two rooms accommodating eight people each as well as two luxe dining spaces with fireplaces, libraries and seating for 8 – 16.

MGallery is a collection of exclusive, design-led boutique hotels, each with its own original design and unique stories to tell. Once open, Porter House Hotel – MGallery will become the 11th MGallery branded address in Australia and New Zealand and join a network of 112 MGallery hotels in 36 different countries globally. 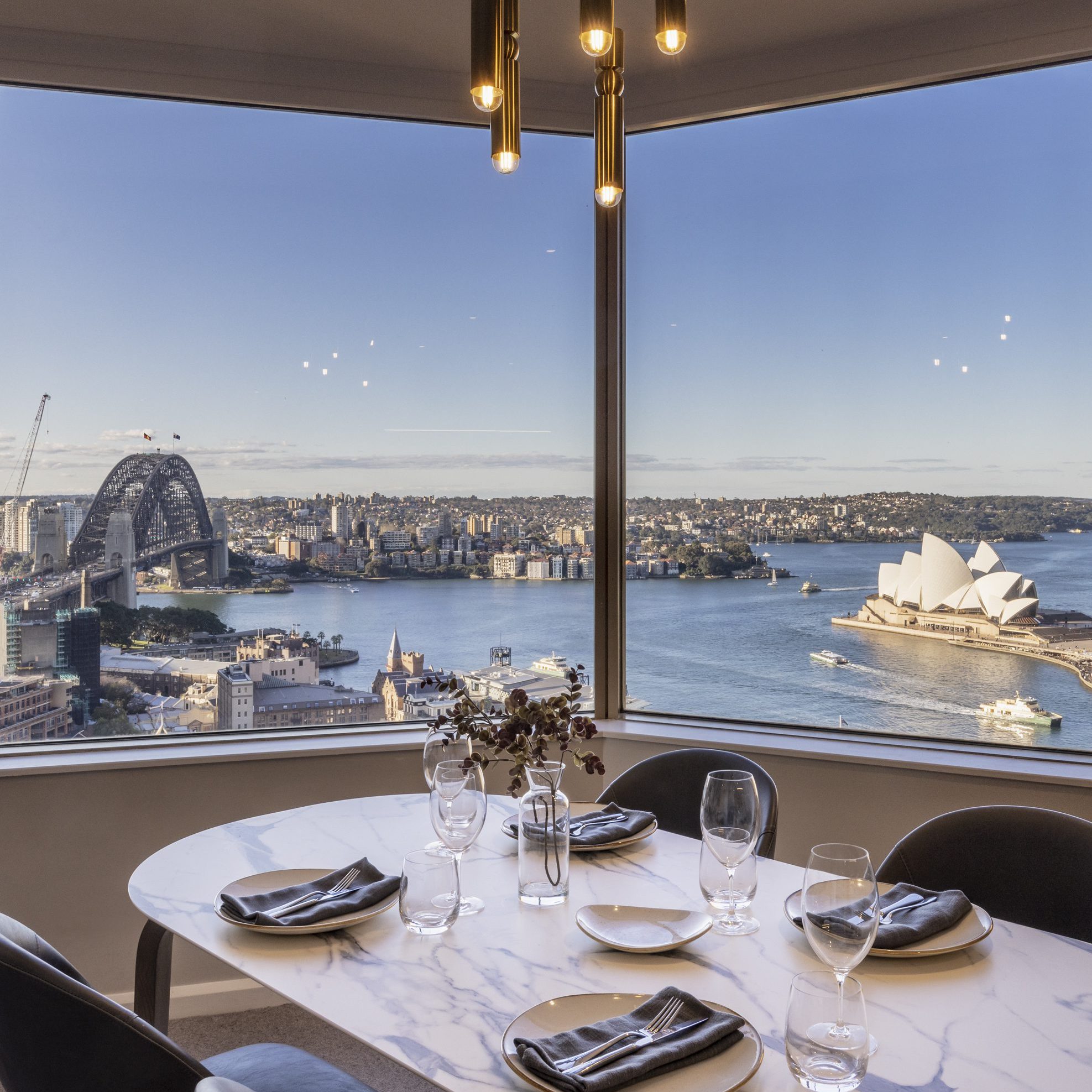