The executive team at Georgia’s award-winning Barnsley Resort has announced the appointment of Nicolas Lebas as the new executive chef. Chef Lebas brings with him more than 19 years of culinary experience in both world-class resorts and upscale restaurants across the globe.

Taking his place at the forefront of the culinary team, Chef Lebas is responsible for overseeing the daily operations of the resort’s two onsite restaurants and outdoor Beer Garden, leading and managing the culinary team, as well as supervising catering services for weddings and special events across the property’s 3,000 acres.

Chef Lebas’ formal training began in France, where he earned a degree in Culinary Arts from Sevigne Culinary Institute. He then moved his career overseas, holding various culinary management positions at prestigious resorts and restaurants in Mexico, Texas, France, Florida, Colorado, and California. His global experience complements Barnsley Resort’s international student program, which gives students from various countries hands-on experience in the kitchen with a focus on the property’s overarching ‘garden-to-table’ culinary concept. Chef Lebas has a rooted passion for working with local farmers and fresh ingredients, a concept that can be seen throughout the resort’s entire culinary program. His relationships with local purveyors and emphasis on using the freshest ingredients is elevating the culinary program at Woodlands Grill, Rice House and Beer Garden to new heights.

“Chef Lebas comes to Barnsley with a wealth of knowledge and international experience, and we’re thrilled to have him on board to lead the team and further enhance our culinary program,” said David Friederich, president of Barnsley Resort. “Nicolas is joining the team at a pivotal moment for the resort. The property is currently undergoing a culinary-focused enhancement, which includes a full renovation to our staple restaurant, Woodlands Grill, along with a new seasonal menu, Beer Garden enhancements, a new chef’s garden and constant updates to our culinary program to ensure guest satisfaction.” 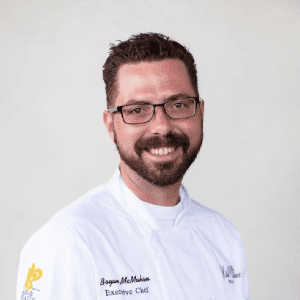