Recent experience in Italy confirmed the long-held belief that being hospitable is fundamental to the art of hospitality. But what does being hospitable actually mean? It means being welcoming, being engaging and being of service. It also means putting your guests at ease and giving them confidence and understanding the hospitality experience you are offering.

Creating in the guest that sense of security and confidence that he or she will be understood, is one of the key elements in setting guests at ease. This is achieved by two-way communication in which the messages are clear, received and understood. We can communicate in a variety of ways, but our natural default is to use speech in our own language. Our second default is the written word, again in our own language. These are our programmed positions and we often make the assumption that those we are communicating with, understand the language we are using. In the case of greeting our guests is making that assumption really being hospitable?

In all of the restaurants and hotels that we visited, the staff provided a very positive welcome and used observation and skill to determine which language to proffer the menu in. Menus were available in at least three languages and often four. This simple approach inspired confidence and a sense of security that you could order from the menu having an understanding of the dishes, removing the potential for confusion and misunderstanding.

All of the service staff had a linguistic competence that enabled them to be able to engage with their customers, put them at ease and in short, to be hospitable. The sense of confidence this interaction provided improved the customer experience and the quality of the service encounter—especially from the customer’s point of view. This experience could not be passed off as the exception, it happened far too often. From simple cafés to fine dining restaurants, from tourist centres to more remote regions, the same attitudes and language competence were in evidence.

These experiences prompted a critical reflection of why the English-speaking world provides such poor linguistic experience for non-English speakers. Even in major tourist destinations, we have an arrogance that our visitors should be able to cope with our language including our menus. Do we really try to be welcoming and truly hospitable? The Italian experience suggests that most staff at all levels and in all guest service roles have a degree of multi-language capability that improves the service they offer to their guests, improves their own job satisfaction, makes them far more employable. It also provides that all-important sense of security and confidence in the service transaction.

These linguistic skills were not just to be found amongst hospitality staff, those in retail and transport were equally competent at setting their customers at ease and being able to answer questions and queries in a way that was easily understood. It would be expected that a range of language skills will be available in five-star hotels but not perhaps from the trolley attendant serving refreshments on a train.

It could be said that these skills have been developed through necessity given the role and growth of tourism and its importance in employment and the economy. But it could also be the recognition that speaking someone else’s language is a key part of being hospitable. Regrettably, this is not a lesson widely shared in the often arrogant English-speaking world. Language barriers in the hospitality industry Prepare to be hacked 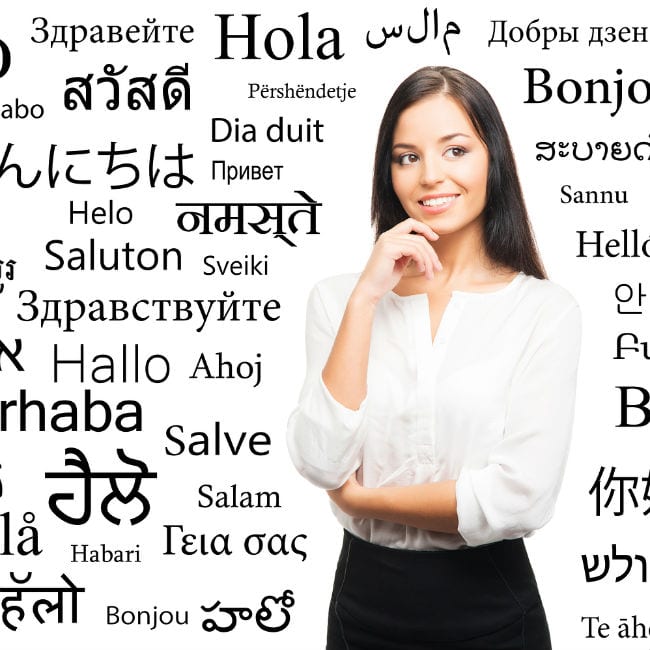 Hospitality Financial Leadership – Who Inspired You? How to beat the OTAs at their own game