Avi Brosh’s Palisociety has announced the grand opening of Palihotel Seattle, the brand’s first property outside of Los Angeles, marking the commencement of its highly anticipated national expansion. 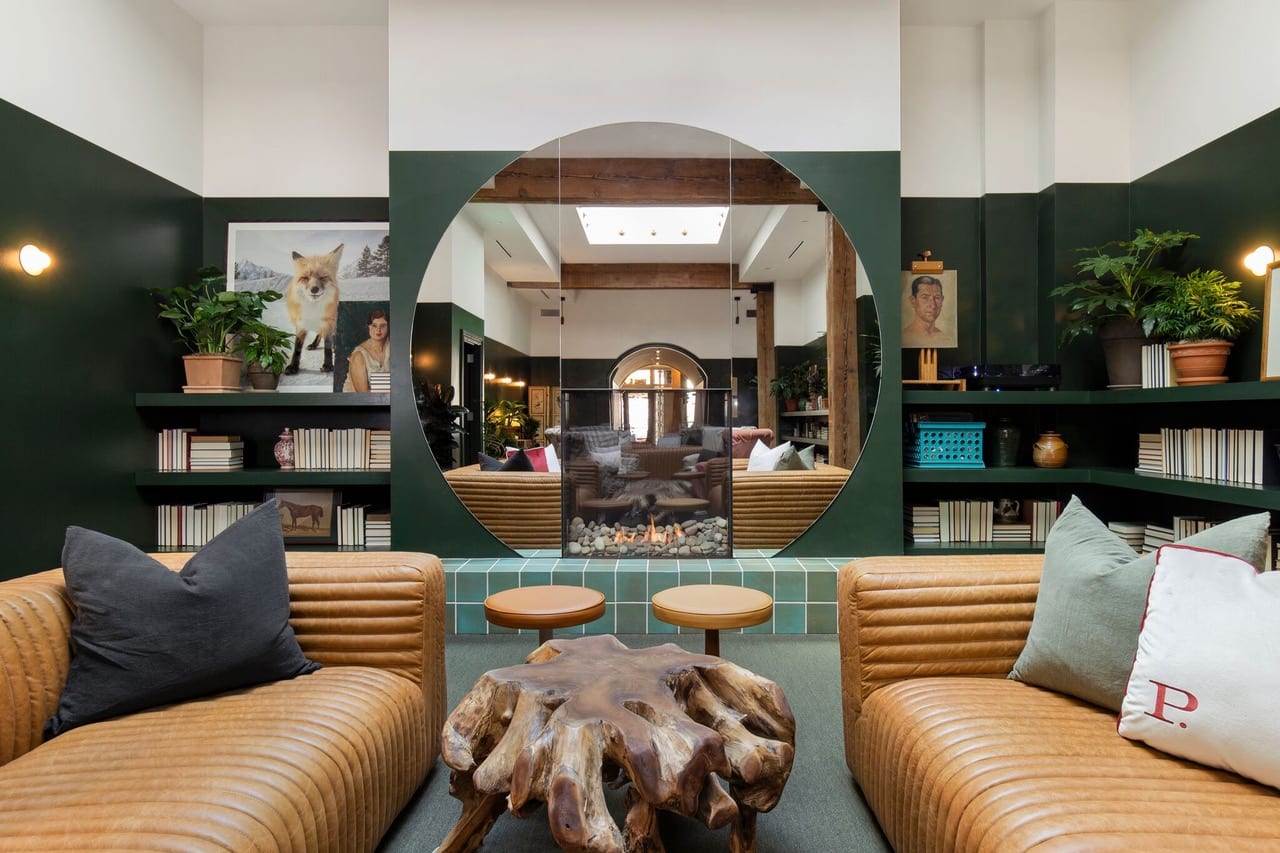 Palihotel Seattle is housed in a historic, century-old landmark building in the city’s downtown core, featuring 96 unique guest rooms, the brand’s second outpost of its signature The Hart and The Hunter restaurant, a lobby lounge and coffee kiosk, all just steps away from Pike Place Market.

The four-floor property, originally the Colonnade Hotel at its inception in 1900, was recently voted a city landmark by the Seattle Landmarks Preservation Board. Brosh and his team have redesigned the hotel’s interiors and guest rooms to evoke the Palisociety sensibility – one based on irreverence and curious creativity mixed with accessible luxury and comfort. The lobby and guest rooms are awash in shades of deep, moss green with mixed patterns, intricate details and artwork that speak to the property’s history and timeless bones. Guests are greeted in the central reception area where a custom-made front desk bids you a warm, yet striking welcome. The lobby’s lounge area has 15 foot high ceilings, a fireplace and bright skylights and is designed for laidback socialising, meetings and/or cocktails with friends. An amalgam of layered textiles throughout the space gives it a moody, intimate allure that echoes the city’s distinct personality.

Off the reception area, a set of double doors leads you into The Hart and The Hunter restaurant, where an industrial foundation of white-washed, concrete walls plays backdrop to black and white checkerboard floors, contemporary light fixtures and a variety of banquette and roundtable seating or a modern-day, elevated spin on a classic diner setting.

Palihotel Seattle is home to The Hart and the Hunter, the second location of the brand’s popular, southern-inspired Los Angeles eatery with Palisociety Group Executive Chef Joey Elenterio at the helm. Established in Los Angeles in 2011, the family-friendly, lively neighbourhood restaurant will offer the perfect pairing of Southern influence with local Pacific Northwest ingredients and flavours. Menu highlights include the restaurant’s famous Butter Biscuits, Cracklins served with spiced honey butter and southern spice and the signature H&H Burger. Seattle exclusive dishes include the Washington Cheese Board, sweet and spicy Salmon Jerky, the Smoked BBQ Mushroom Sandwich topped with American cheese, buttermilk slaw and crispy onions, and the Carrot Tartine with carrot butter, roasted carrots, lime and cumin. The Hart and The Hunter is also home to a full-service bar and custom coffee counter with street facing window service, featuring local favourite Anchorhead Coffee.

Palihotel Seattle was developed by Los Angeles-based Lighthouse Investments, which also collaborated with Brosh on the award-winning Palihouse Santa Monica and the forthcoming Palihotel San Francisco.

Palihotel Seattle is located at 107 Pine Street in downtown Seattle and is open now. The hotel is the first of six new properties in development around the country by Brosh and the Palisociety team, including Palihotel Culver City, Palihotel Westwood Village, Silver Lake Pool & Inn, Palihouse Miami Beach, and Palihotel San Francisco. Rosewood Venice to open in 2020