After two weeks of intense discussion, interspersed with warnings over the consequences of inaction and a host of new commitments and pledges, the United Nation’s climate conference in Glasgow has wrapped up.

For the first time, this year’s annual climate conference had a specific focus on cities, regions and buildings, which contribute around 40 percent of global carbon emissions. Now the pressure is on the real estate industry to make its decarbonization commitments a reality.

“It was noticeable how the central role real estate that plays in the decarbonization transition is increasingly understood,” says Lori Mabardi, a senior director in ESG Research at JLL. “As occupiers, lenders, insurers, investors, regulators all push towards net zero carbon, real estate will need to step up to align with stakeholder demands.”

This decade is critical to make the changes that can limit global warming to as close as possible to 1.5 degrees over pre-industrial levels.

“We’ve all got a responsibility to prioritize the change that’s needed to create positive environmental and social impact,” says Guy Grainger, Global Head of Sustainability Services and ESG at JLL. “This is a true call to action for all of us.”

So, what are the big developments from COP26 that will accelerate the pace of decarbonization within real estate?

The Glasgow Financial Alliance for Net Zero (GFANZ) is a pledge from more than 450 organizations in the financial sector — including banks, fund managers and insurance companies — to move US$130 trillion of funds under their control into investments where the recipient is committed to net-zero emissions by 2050.

In addition, the UN’s Net Zero Asset Owner Alliance, responsible for US$10 trillion in assets, including groups like CALPERS, Allianz, AXA and more, committed to phase out most thermal coal assets by 2040.

There are two ways of pricing carbon: emissions trading and carbon taxes. Both saw a boon at COP26.

First, the COP26 climate negotiations, including almost 200 nations, resulted in a new global carbon market framework, called Article 6, which has come to being after six years of negotiations.

These negotiations pave the way for expanded, global, public and private carbon emissions trading markets. Second, the GFANZ put out a call to action to the G20 to implement global carbon pricing (as opposed to having the over 60 global pricing schemes that exist worldwide).

These developments should one day impact real estate values, for better or worse.

Global climate disclosure rules will continue to strengthen and align

This step has been welcomed by finance ministers from more than 50 countries and follows support from the G7 to make climate disclosures mandatory and transparent.

Tech and innovation were central themes at COP26 where the Glasgow Breakthrough Agenda was launched, focusing on dramatically scaling up clean tech and reducing costs.

The built environment in particular saw commitments around ConcreteZero and SteelZero, highlighting the desire to push the net zero carbon conversation beyond operations.

The scale of the retrofitting challenge is huge and critical as well. In the next decade alone, US$5.2 trillion will need to be invested to decarbonize the built environment and set it on a path to be zero emitting by 2050, according to Vivid Economics.

While COP26 confirmed that the real estate industry is now making progress, there’s a long way to go. According to JLL’s Decarbonising the Built Environment report, only 18 percent of organizations have an action plan for their real estate portfolio. To guide real estate investors and occupiers in their net zero portfolios, the World Economic Forum and JLL joined up to produce a roadmap to get buildings to net zero carbon.

“There is much hope coming out of COP26, but nothing can be taken for granted,” Mabardi says. “None of the commitments will matter if they aren’t followed by swift action. This requires radical collaboration – all parties, all people, all companies, all NGOs, and all voices to tackle the climate crisis in an equitable and inclusive way.

“At COP27, in just one year, the world will be looking for proof of action and bolder commitments still.”

JLL
JLL
6 posts
http://www.jll.com
JLL (NYSE: JLL) is a leading professional services firm that specializes in real estate and investment management. JLL shapes the future of real estate for a better world by using the most advanced technology to create rewarding opportunities, amazing spaces and sustainable real estate solutions for our clients, our people and our communities. JLL is a Fortune 500 company with annual revenue of $18.0 billion, operations in over 80 countries and a global workforce of more than 93,000 as of December 31, 2019. JLL is the brand name, and a registered trademark, of Jones Lang LaSalle Incorporated. For further information, visit jll.com. 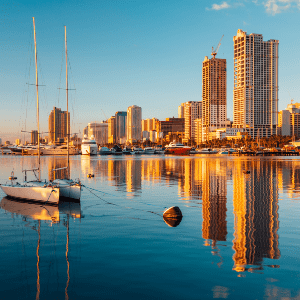