International Women’s Day celebrates the achievements of women across the globe on 8 March. Not only does this inspiring occasion give the world a day to focus its efforts on ambitions such as driving gender balance across the world, but also creates opportunity to recognize and celebrate SHEroes throughout history who took bold steps to break through barriers, make a unique mark and pave the way for future generations.

While travel is still mainly on pause, our research reveals that 7 in 10 women globally (67%)* are excited about the possibilities that traveling again presents whenever all travel restrictions are lifted. And 65%* of women say they won’t take travel for granted. With a mission to make it easier for everyone to experience the world, we are marking International Women’s Day with a list of women from all over the world who defied expectations and broke stereotypes, and the destinations where they either made history or where their stories began to inspire women all over the globe to follow in their footsteps.

Born in Oaklandand raised in Berkeley, California, Kamala began her legal career after graduating from University of California, Hastings College of the Law in San Francisco,where she lived and worked until moving toWashington, D.C.after her historic inauguration as the first female vice president of the United States in 2021. To celebrate Kamala and her legacy that champions a healthier, diverse country with equal opportunities for everyone, why not travel in her footsteps with a visit to these iconic US cities?

Where to stay: Explore Kamala’s youth in the city of Berkeley with a stay at The Claremont Club & Spa. This iconic hotel offers luxury and relaxation for its guests. The property is located near key highlights of the city, including the University of Berkeley and the Berkeley Marina. Both Oakland and San Francisco are just a short drive away from the hotel, making it possible to explore more of Kamala’s footprints on the West Coast.

If visiting the US capital, travelers can arrange a tour that will take them to Kamala’s official residence, the United States Naval Observatory, and workplace, The White House. The city features many monuments and memorials, perfect for the majority of global travelers (66%)** that choose to travel to a destination for its iconic landmarks. Since you can’t stay overnight in the United States Naval Observatory or White House, book a stay at the nearby Eaton DC four-star hotel. Not only is it walking distance from the various sites, this sleek hotel also offers three on-site bars, a restaurant, and a café.

Mexican artist and feminist icon Frida Kahlo is best known for her iconic portraits in a folk-art style which combined both realism and surrealist elements. Frida was part of the post-revolutionary Mexicayotl movement in the early 20th century , which sought to define a Mexican identity and her works continue to inspire popular culture and raise questions of identity, postcolonialism, gender, class and race in Mexican society.

Kahlo spent most of her life living in her family home in Coyoacán, Mexico City, which is now known as the blue house and is publicly accessible as the Frida Kahlo Museum. Frida is also famous for her relationship with fellow Mexican artist Diego Rivera who she married in 1928. In 1930 Frida and Diego moved from Mexico to settle in San Francisco, USA, where Frida showed her painting of the pair “Frida and Diego Rivera” at the Sixth Annual Exhibition of the San Francisco Society of Women Artists. They later returned to their native Mexico.

Where to stay: H21 Hotel Boutique in Mexico City offers travelers their very own home-away-from-home, just a short stroll from Frida’s family home, now the Frida Kahlo House Museum. This modern and luxurious guesthouse offers a range of room styles to choose from, some even offering a terrace for guests to enjoy and bask in Frida’s home suburb.

In 2018, San Francisco honored its connection to Frida’s iconic life by renaming a street in Ingleside in her honor. Visit the street for yourself, while staying just a short drive away in the bustling hot spot near Union Square. Just a short walk from the square, White Swan Inn offers uniquely decorated guest rooms at this bed and breakfast-style property. Guests at the White Swan Inn can start each day with a hot breakfast and finish the evening at the nightly wine and hors d’oeuvres reception. The Inn is also the perfect base to explore the nearby San Francisco Museum of Modern Art, if feeling inspired by Frida’s legacy.

Marie Curie is famously renowned as the first woman to win a Nobel Prize, and in fact the only woman to date to win twice. Marie was a physicist and chemist who not only conducted groundbreaking research on radioactivity (a term she coined and developed the theory for), but also discovered the elements polonium and radium and the techniques for isolating radioactive isotopes. Marie Curie was born in Warsaw, Poland and later moved to Paris, France where she became the first female professor at the University of Paris.

Marie Curie founded the Curie Institutes in both Paris and Warsaw, which remain major research centers today, and the perfect destinations for anyone wishing to step into Marie’s trailblazing footsteps.

Where to stay: Feel right at home in Marie’s hometown by staying at the Millennium Awangarda Green. Well located, this apartment is the perfect base to explore the city as it’s just a short walk from Warsaw West station and the Palace of Culture and Science. The Maria Skłodowska-Curie Museum is also just a short train trip away for those 1 in 10 (8%)** global travelers looking for an educational activity during their trip and want to learn more about the life and work of this iconic female physicist and chemist.

While Warsaw is where Marie Curie’s life began, she made Paris her home and it too boasts a small museum in her honor. The Musee Curie celebrates Marie’s legacy and broader radiological research situated in her former lab. Le 66 is a bed and breakfast that’s just a short stroll away from The Musee Curie in the 5th arrondissement and is a great location for travelers interested in food, literature, history and art.

An iconic figure in ancient history, Cleopatra was the last active ruler of the Ptolemaic Kingdom of Egypt. Renowned for both her beauty and her brain, she was a well-educated leader and spoke several languages. Under her rule, Cleopatra secured a number of critical military and romantic alliances which have been featured in various works of art and dramatizations of her life, cementing her as a female icon in history.

Cleopatra’s legacy is most famously linked to her capital,Alexandria, Egypt.Although the ancient glamorous city she knew no longer remains, modern Alexandria still boasts a beautiful harbor overlooking the Mediterranean for today’s visitors. Cleopatra famously joined Julius Caesar inRome,Italyand he even dedicated a golden statue of her in the temple of Venus Genetrix.

Where to stay: While it doesn’t quite compare to having a statue in your honor, experience the VIP treatment with a private sandy beach overlooking the Mediterranean Sea at the Four Seasons Hotel Alexandria At San Stefano, perfect for those 53%* global female travelers looking for a relaxing trip when all travel restrictions are lifted. To feel even closer to the ancient history of the area, the Graeco-Roman Museum is an archaeological museum located just a short drive away.

At the time of Caesar’s assassination, Cleopatra had settled in Rome, making her mark on the city with more than just the statue in her honor as many women of that time had adopted the look of her exotic hairstyle and pearl jewelry. The RomeHello hostel is ideal for those wanting to explore Cleopatra’s second home, and is just a short walk from the Temple of Venus Genetrix where her statue once stood. Offering both en-suite private rooms and shared dormitories, this hostel is also a walking distance from the Trevi Fountain and Chiesa di Santa Susanna alle Terme di Diocleziano.

Anasuya Sarabhai was a pioneer of the women’s labor movement in India and supported in her work by Mahatma Gandhi, with whom she set up Gujarat’s oldest labor union for textile workers. The union later paved the way for the founding of the Self-Employed Women’s Association of India (SEWA), the founder of which Ela Bhatt, Anasuya mentored. Travelers visiting India will be able to discover what it is like to be a modern Indian woman thanks to the pioneering work of Anasuya.

Anasuya was born inAhmedabad, India,the largest city and former capital of the Indian state Gujarat. Orphaned at a young age, Anasuya moved to England to study medicine but later switched to study at London School of Economics (LSE). InLondon, Anasuya was influenced and inspired by the suffragette movement.

Where to stay: Anasuya’s home is today home to The Calico Museum of Textiles, a museum devoted to centuries of Indian fabrics and weaving techniques – the industry of which Anasuya’s trailblazing activism helped to protect. The Hyatt Regency Ahmedabad offers the perfect base to explore the central business district and surrounding areas and is just a short drive from The Calico Museum of Textiles.

While studying at LSE, Anasuya was inspired by the local suffragette movement. The school itself is based in Westminster, on the boundary between Covent Garden and Holborn, historically known as Clare Market. Nearby in Covent Garden, Arcore Premium Rental The Strand offers city views just a short distance from historic landmarks such as Somerset House and Lyceum Theatre. 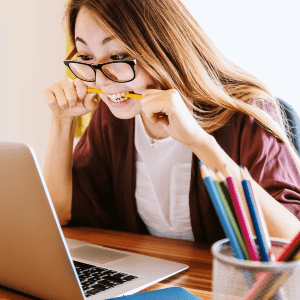