In his new role as Hotel Manager, Magdi will help lead the hotel teams and report to Frank Naboulsi, in his capacity as the GM of the Hotel Fairmont Nile City.

Magdi brings a wealth of 18 years of hospitality with substantial expertise in pre openings and winning strategies. He is a passionate hotelier who works with high standards and attention to details and an advocate in Building and developing Talents with integrity and transparency.

Magdi began his career as full time Professor’s Assistant in the Business School at the American University of Cairo. He went on to hold a number of progressive roles with leading companies, including J. Walter Thompson- Middle East, the world’s best known communications brand, Concorde Cairo and Sharm El Sheikh and Starwood hotels, ME.

In 2007, Magdi joined FRHI with the company’s first Fairmont in Egypt – Fairmont Heliopolis and the opening of the Fairmont Towers– in a series of progressive roles leading up to Cluster Director, Sales for both Fairmont Heliopolis and Fairmont Towers. Later, he had another successful opening and positioning of the Fairmont Nile City. In 2019, Magdi was promoted to his most recent position as Country Director, Sales & Marketing, Egypt.

Fairmont Hotels and Resorts
Fairmont Hotels and Resorts
2 posts
http://www.fairmont.com
Fairmont Hotels & Resorts is where occasions are celebrated and history is made. Landmark hotels with unrivaled presence, authentic experiences and unforgettable moments have attracted visitors to Fairmont and its destinations since 1907. The Plaza in New York City, The Savoy in London, Fairmont San Francisco, Fairmont Banff Springs and Fairmont Peace Hotel in Shanghai are but a few of these iconic luxury hotels, forever linked to the special places where they reside. Famous for its engaging service, grand public spaces, locally inspired cuisine, and celebrated bars and lounges, Fairmont promises a special brand of thoughtful luxury that will be remembered long after any visit. With a worldwide portfolio of more than 75 hotels, Fairmont also takes great pride in its deep community roots and leadership in sustainability. Fairmont is part of Accor, a world-leading augmented hospitality group offering unique experiences in 4,900 hotels and residences across 110 countries. 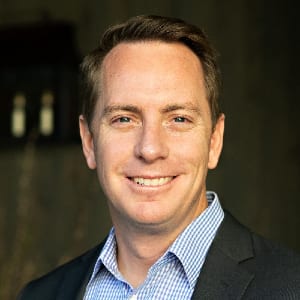