Winter bookings up in the Caribbean Virtuoso®, the global network specialising in luxury and experiential travel, reports growth in winter bookings in the Caribbean.

With 70 per cent of the islands unaffected by last year’s busy hurricane season and 90 per cent of room inventory open in impacted regions, the islands are coming back. For a closer look at the Caribbean, Virtuoso gathered industry leaders at Virtuoso Travel Week in Las Vegas, nearly one year after Hurricanes Irma and Maria became the first consecutive Category 5 storms to hit the region in a decade, to discuss the rebound and reasons to visit now.

According to Virtuoso, Caribbean business for January/February 2019 is 21 per cent higher than January/February 2018. For the festive season (22nd December – 3rd January), network bookings are up eight per cent year over year. It’s important to note that while some islands were still recovering in late 2017, travellers flocked to other destinations. Some holiday availability still exists on islands that book 6-12 months in advance, but travellers should not wait to book as hotels are pacing well. Virtuoso reports particularly strong interest in the Bahamas, the Dominican Republic, and Turks & Caicos.

Tiago Sarmento, general manager of Belmond Cap Juluca, said by Q1 of 2018, most of the island had recovered. More than 70 per cent of Anguilla’s villas and 95 per cent of restaurants have reopened. Three of the five luxury hotels, including Four Seasons Resort and Residences Anguilla, are welcoming guests. Belmond Cap Juluca, which was closed for a £94 million renovation before the storm, is scheduled to reopen on the 17th of November.

The island was hit by both hurricanes, but 132 lodging options with more than 10,000 rooms are now open, including the Hotel El Convento in Old San Juan and the historic Condado Vanderbilt Hotel. Dorado Beach, a Ritz-Carlton Reserve and The St. Regis Bahia Beach Resort, Puerto Rico will reopen in October. Most attractions, including El Yunque National Forest, are fully operational.

Seventy-five per cent of the island is up and running, according to Andrea Filippi, vice president of global sales for Belmond, whose property, Belmond La Samanna, will wrap a £19 million renovation in time for winter travel season. While the island’s airport was hit, impacting arrivals to St. Martin and feeder islands, 50 per cent of flights have resumed out of its “luxury tent” terminal. The first phase of the airport’s rebuild will be completed in November, with 69 per cent of flights predicted to be back by high season.

At the start of 2018, 70 per cent of the island was open for guests, according to Martein van Wagenberg, managing director of Le Guanahani. Many buildings are concrete, so did not sustain as much damage as other regions. Beach hotels, including Eden Rock – St Barths, Oetker Collection and Cheval Blanc St-Barth Isle de France, were the hardest hit and will open by the end of 2018. Le Guanahani, due to its location between the beach and lagoon, suffered the most damage and will reopen in late 2019. To reach the island, Virtuoso advisors recommend connecting through San Juan or boat access from Anguilla or St. Martin.

Deputy director of tourism Rhodni Skelton shared that the destination suffered a 90 per cent loss in tourism over the past year as it was directly hit by both hurricanes. With visitors contributing 60 per cent of the islands’ income, sailing partners quickly returned. Of the more than 60 resort islands, a few are beginning to open. Richard Branson’s Necker Island is welcoming guests starting October 14; Rosewood Little Dix Bay is predicted to come back by the end of 2019. Travellers should ‘wear to care’ in the new normal The shorter the better: ‘Quickie Trips’ are trending 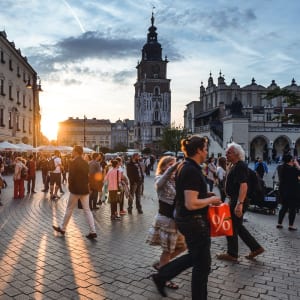